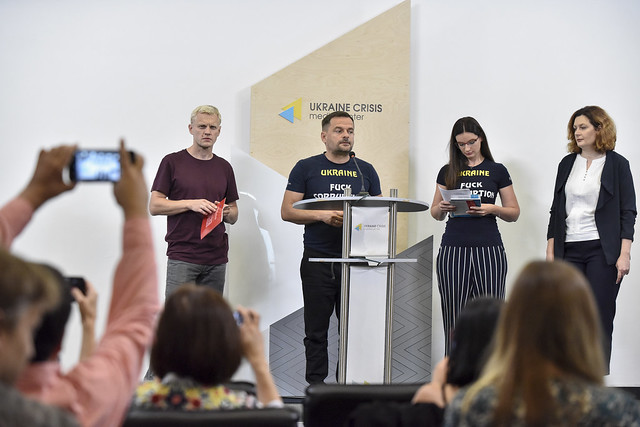 Patient-led and non-governmental organizations warn the Prime Minister and the President against the new HR policy at the Ministry of Health of Ukraine and demand not to let the old corruption schemes returnt into the operations of the Ministry.  Mykhailo Radutskiy , Chairman of the Verkhovna Rada Committee on National Health, Medical Assistance and Health Insurance will be fully responsible for possible consequences. The President appointed Mykhailo Radutskiy, a former owner of “Borys” clinic, to be the informal supervisor of the health care system.

Advisory board of the new Minister of Health and and the abovementioned parliamentary committee consists of people with a proven history of corruption. They used to work with the former Party of Regions MP Raisa Bogatyryova, who was suspected of embezzling public funds and fled the country several years ago. Recently she has just returned to Ukraine. These people are also proxies of Petro Bagriy, the notorious representative of the pharmaceutical business, a person involved in the corruption-related drug procurement schemes at the expense of state budget at the times of Bogatyreva.

Such appointments are an indication of the revenge of the pharmaceutical mafia and the return of Raisa Bogatyreva’s influence.

“As patients, we want to record Radutskiy’s responsibility for appointments made with the complete monopoly of power. It is he who will be responsible for appointing the representatives of Petro Bagriy, the notorious author of the corruption schemes, to political positions. “We advise the President to pay attention to this”, commented Dmitry Sherembey, Head of the Coordination Council of Charitable organization “100% Life”.

The corruption schemes of Bogatyreva and her associates led to a significant increase in prices for medicines and medical devices. According to the State Security Service of Ukraine, pharmaceutical dealers used to supply medicines ordered by the Ministry of Health overpriced by 20-40%.

“Audit of the procurements made by the international organizations upon request of Petro Bagriy, the well-known corrupt official of the Bogatyrova era, a contributor to numerous corruption schemes of the Ministry of Health in 2000s, is the epitome of cynicism . These were his companies that sold medicines to the Ministry six times overpriced compared to the prices of the international organizations”, — stressed Inna Ivanenko, Executive Director of CF “Patients of Ukraine”.

The patient community is also concerned that the delay in the launch of the reform of the secondary and tertiary health care provision will bury the transformation of the health system as a whole. The relevant bills have already been registered in the Verkhovna Rada, namely the draft law On Withdrawing the Validity of the Law ‘On State Financial Guarantees of Health Care’  No. 1114 of Aug 29, 2019 and the draft law On Funding of Health Care and Compulsory Health Insurance in Ukraine No 1178 of Aug 29, 2019.

“People need to understand one important thing: health insurance means providing additional payment for the medical care. So, the citizens will officially pay for specialized medical care in hospitals. This payment will be charged either in the form of an additional tax or in the form of a health insurance voucher bought by the citizens – these are just technicalities. But again, this is the official introduction of payment. The compulsory health insurance as opposite to voluntary means violation of the principle of universal access to healthcare. And Ukraine is expected to report on the progress of its implementation to the UN General Assembly in 2 weeks. So, those who cannot buy health insurance will be left behind, said Victoria Tymoshevska, Director of the Public Health Program Initiative of the International Renaissance Foundation.

At the same time, patient and community-led organizations welcome the decision of the President of Ukraine to veto the law on the introduction of forced chemical castratiion and demand not to allow ‘castration’  of the healthcare reform by the new administration of the Ministry of Health of Ukraine and the respective parliamentary Committee.