#SupportSuprun!
Patients and Doctors Demand Appointment of Ulana Suprun to the Position of Health Minister

#SupportSuprun!
Patients and Doctors Demand Appointment of Ulana Suprun to the Position of Health Minister 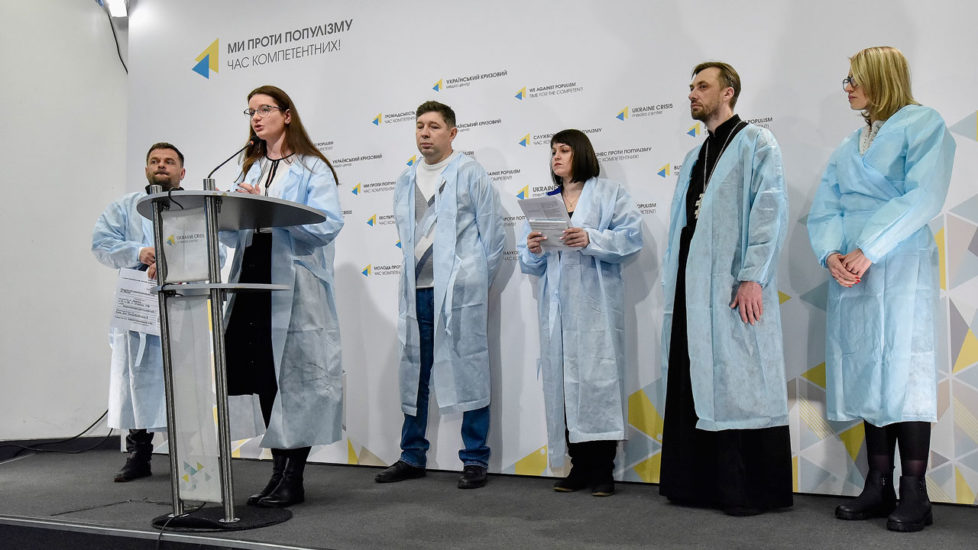 KYIV. On February 7, 2019 patients and doctors came to the Ukrainian Crisis Media Center to protect the medical reform and personally Dr Ulana Suprun, the acting Health Minister. The main requirement is to appoint Ulana Suprun to the position of the Minister of Health!

On February 11 at 1 pm and on February 15 at 2 pm, hundreds of Ukrainians will get together in front of the District Administrative Court of Kyiv City (Petro Bolbochan St. 8) to support Ulana Suprun and the medical reform in Ukraine. This is a challenge to everyone who stands for the medical reform, who chose his/her doctor, who hoped that the system could be changed.

On February 5, the judge Sergei Karakashian ruled for prohibiting Ulana Suprun to perform her duties as the acting Health Minister of Ukraine. The judge voluntarily suspended Dr Suprun from performing her duties even before reviewing the merits of the case. The first hearing on the case will be held already on February 15.

According to the patients and doctors, this is the attack on the medical reform and the attempt to move backward losing all achievements attained by Ulana Suprun’s team.

«This is a shameful decision of the court; this is a knife in the back of every patient and every citizen of Ukraine. Consider that the judges summoned 25 million of Ukrainians who have already supported the medical reform by signing a declaration with their family doctor. On February 15 we will come to the court and support the Minister of OUR Health», says Dmytro Sherembei, Head of the Charitable Organization «100% of LIFE» (previously known as ‘Network’). 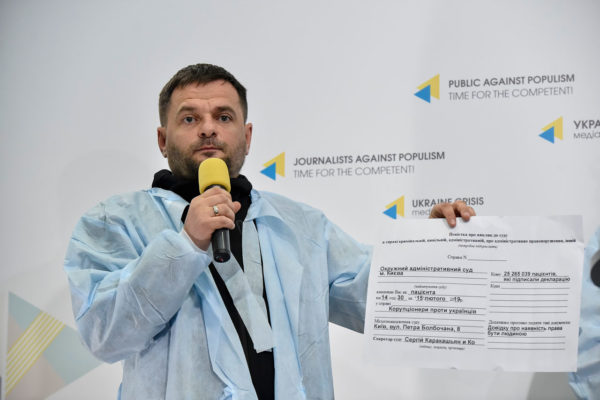 The President and all members of the Government supported Ulana Suprun. The simplest and most reliable solution to quickly protect all changes introduced by the MOH is to appoint Ulana Suprun to the position of Health Minister in accordance with the procedure by voting at the Verkhovna Rada.

«Ulana Suprun and her team have declared war on the corrupt schemes. They managed to preserve the procurement of medicines through the international organizations, which allows providing patients with essential medicines and save about 40% of funds spent for additional procurements. These are hundreds of millions of hryvnias that used to go to the pockets of the Ukrainian farm-mafia», says Іnna Ivanenko, Acting Director of the CF «Patients of Ukraine». 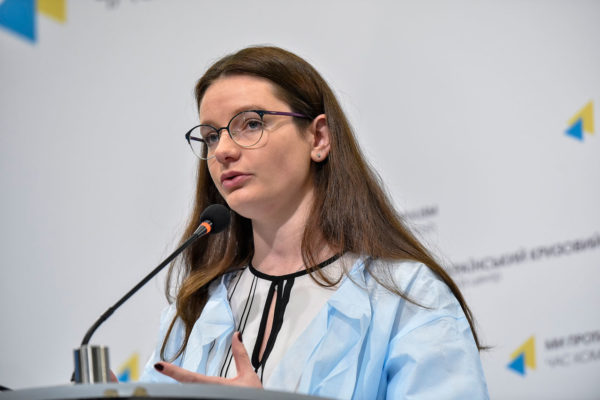 The court decision paralyzes the work of the Health Ministry which means dozens of decisions every minute requiring official approval and signatures. Each of these signatures means salaries for doctors, scholarships for students of medical universities, medicines for seriously ill patients, measures for protection of the national security, protection of patients’ rights, delivery of vaccines to regions, etc.

«I am oncology patient and my life depends on the access to medicines, emphasizes Ivan Zelensky, Director of the CF „Drop of Blood“, Thanks to the Suprun team, me and other patients with blood cancer have for the first time been provided with Imatinib, the essential medicine for us for 100% of demand. The competition on the market allowed 67 (!) times reduction of the price of one of the essential medicines from 96.5 USD for a pill in 2014 to 1.43 USD for a pill in 2016.» 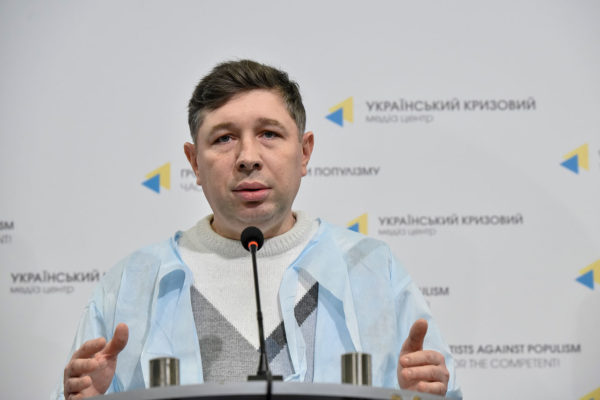 «My son has a rare form of primary immunodeficiency. Today my child has a chance to receive treatment and to stay alive. I know for sure that we owe this to Dr Suprun’s team because this is the first time that my son has received treatment for budget money. Judicial restraint to carry out the duties of Health Minister in relation to Ulana Suprun is another attempt to use the life and health of our sick children in the political game» , says Aliona Pokhtel, mother of a child with primary immunodeficiency. 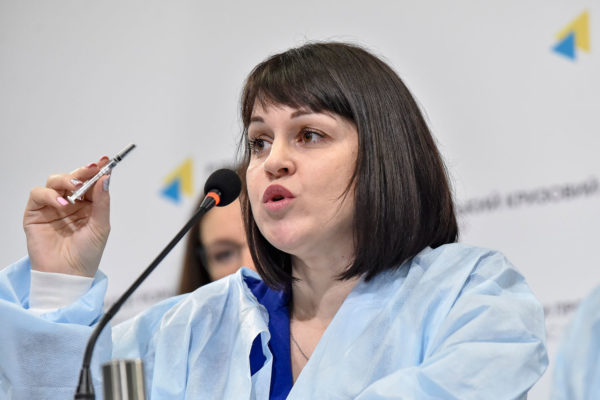 «For already 22 years I have been working as a medical chaplain. We are all patients in the first place, and the medical reform is the hope of every Ukrainian for quality medicine and decent life. Suspension of Dr Suprun from fulfilling her duties is a crime! Don’t kill hope in people! I urge all the faithful to support the medical reform and Ulana Suprun», says Sergey Dmitriev, Executive Secretary of the Commission on Social Services of the All-Ukrainian Council of Churches and Religious Organizations . 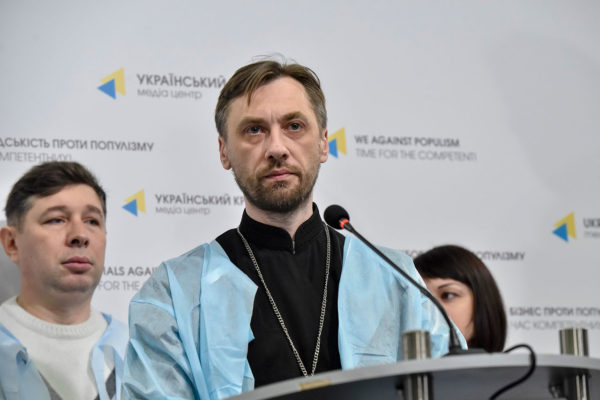 Thanks to the reform, health facilities that have already entered into contracts with the National Health Service have begun to receive payments based on the ‘money follows a patient’ principle.

«Today, I feel how patients change their attitude to doctors and I see that my colleagues feel more decent. For a rural doctor a salary of 12-15 thousand hryvnias is a dream that became reality», says Igor Zastavny, a rural family doctor.

«Without exaggeration I am saying that the medical reform has actually unfolded my wings! I and my colleagues who have already taken advantage of our new opportunities feel the real benefits of the reform. Now we can focus on professional development instead of thinking how to survive», says Violetta Liyka, a family doctor, expert of the NGO «Platform of Health». 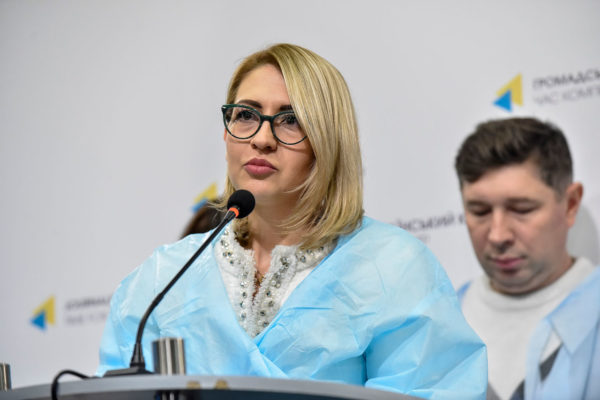 During the briefing the activists emphasized that active attempts are made to revert all these positive changes. It is deliberately done by people who work either for money or for the aggressor country.

More than half of the Ukrainian citizens have already chosen their family doctors. This figure is much higher than was anticipated by the Ukrainian and foreign experts, which indicates a strong demand for changes that exists in the society.

According to the data of the sociological group «Rating», 76,6% of Ukrainians are satisfied with their choice and with the health care quality (data for October 2018). More than 24 000 are registered in the e-Health system. Salaries of the doctors initially increased 2-3 times. 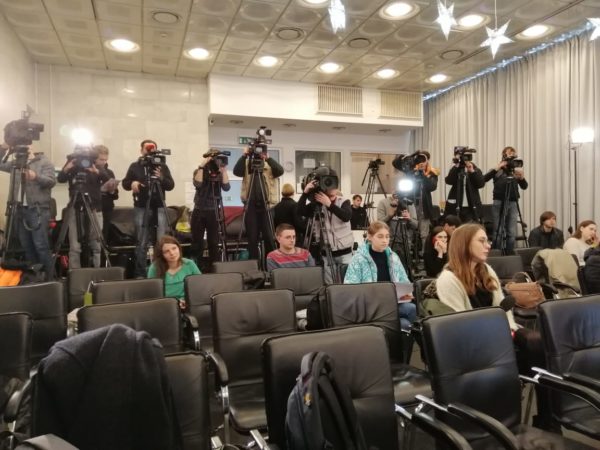