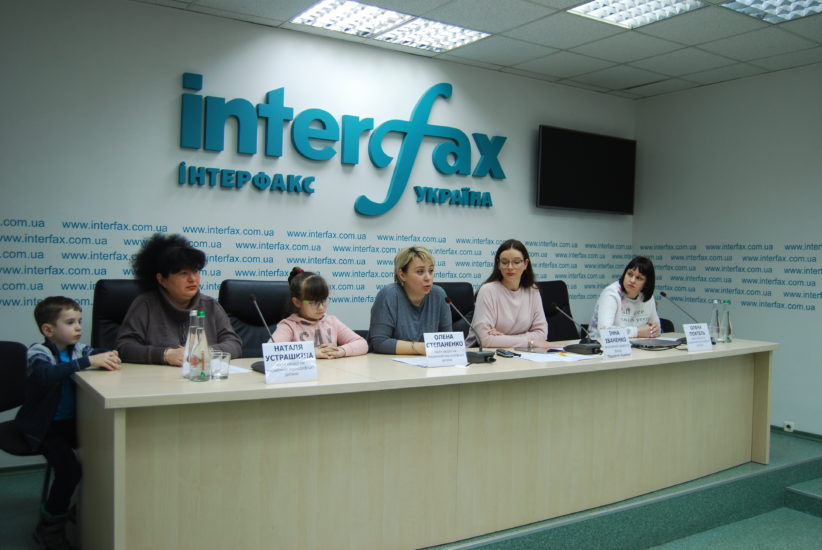 This was announced at the press-briefing by desperate mothers who handcuffed themselves. Their children may be left without treatment because of absurd criminal proceedings related to Anakinra, a costly drug for treatment of primary immunodeficiency.

As a reminder, the National Policy initiated criminal proceedings for allegedly fraudulent procurement of Anakinra. Investigators do not like that the state for the first time procured and imported an unauthorized drug for treatment of children.  Law enforcers qualify it as a “fraud in especially large amounts”, that is capture of someone else’s property by deceit or trust abuse.

It is not clear who was deceived and which property was captured as the funds were disbursed as designated and children are already receiving their treatment. Nevertheless, the investigation has been in progress for already four months jeopardizing further procurement and treatment of children. Who of the officials will dare sign permission for the next delivery of the drug whose procurement is under criminal investigation?

“This is absurdity that my daughter may be left without medications because someone was ordered to set the dogs on people responsible for procurement of this drug, said Olena Stepanenko, mother of 9-year-old Katrusia treated with Anakinra. My daughter may become a victim of someone’s political ambitions or just stupid willfulness. If someone lusts for blood, get me into prison. I am ready for only my child is healthy and the next delivery happens”.

Anakinra was for the first time procured for public money. Before, parents of sick children had to raise funds for travel abroad to buy the medicine as it is impossible to get it in Ukraine even at your own expense. Manufacturer was not interested in entering the Ukrainian market and in authorization of this drug because of a small number of patients, who need it. The drug was procured and delivered to Ukraine by UNDP, the reputable international organization, whose assistance to Ukraine is not limited to procurements. Anakinra is authorized in Europe and contains all necessary quality certificates. It is delivered to Ukraine on the basis the Law of Ukraine “On Medicines”, which allows import of unauthorized drugs to Ukraine for treatment of patients with rare diseases.

“For the first time the Ministry of Health has used an amendment that allows procuring and importing an unauthorized drug to Ukraine, says Inna Ivanenko, Executive Director of the CF “Patients of Ukraine”.  This amendment could not only save lives of children with primary immunodeficiency but also assist in procuring drugs for other rare diseases. But who would dare continue this practice while the National Police does not seem to be interested in the legitimacy of this procedure. My question is: who’s behind all of this? Is it a political order or personal vendetta? “

In 2018, the drug was procured for two children. In 2019, five children and one adult are waiting for this drug.

This is the second time that the parents have come to talk about this problem on public. The National Police has not commented on the situation yet.  It conducts new interrogations of all those involved in the procurement.

The parents of patients and the entire patients’ community sent an appeal to Arsen Avakov, Minister of Internal Affairs of Ukraine, asking him to personally intervene in the situation and to help putting an end to this matter as quickly as possible for the next delivery of drugs to take place as soon as possible.