Patients’ and anti-corruption communities demand Government and Volodymyr Groysman not to appoint Natalia Sholoyko as State Secretary for the Ministry of Health due to the conflict of interests and her relevance to the pharmaceutical industry. This is stated in open appeal to the Cabinet of Ministers of Ukraine signed by Charitable Foundation “Patients of Ukraine”, NGO “Anti-Corruption Action Centre” and Transparency International Ukraine. Besides, community calls on to show the scores, which each participant has got, and video interviews of candidates applied for the position of the State Secretary of the Ministry of Health.

The position of the State Secretary of the Ministry of Health obtained Natalia Sholoyko, Deputy Director for registration and pharmacovigilance of the state enterprise “State Expert Center” and the wife of Alexander Heylomskiy, co-founder of the company “Ridan” and Deputy CEO of the state enterprise “Indar” specialized on the production of genetically engineered insulin (according to media information in 2012-2015). “Indar” appeared in SSU (Service of the Security of Ukraine ) criminal proceedings on grand lancery (UAH 500 million). Natalia Sholoyko’s daughter – Tatiana Heylomska heads the company “MBB Instruments”, which is known for supplying medical equipment to “Indar” at inflated prices.  Co-founder of this company is Natalia Sholoyko’s fater-in-law – Borys Heylomskiy.

“Two months ago Natalia Sholoyko was running in a competition for the head of the The State Drugs and Medications Control Service, but she “forgets” to declare that her family works in pharmaceutical business. Her candidature has been rejected because of the fact of hidden information from the Competition Commission, – said Olga Stefanyshyna, Executive Director of CF “Patients of Ukraine”.  It is important to publish and thoroughly check the information that is written in candidates’ declaration,” – she adds.

Non-governmental organizations demand to make public the documents submitted by applicants, including their declarations, which should be presented on the web-site of National Agency for Prevention of Corruption according to the current legislation.

“The work of the Competition Commission is very opaque. Community doesn’t know how the evaluation process has passed, because media were not allowed to the session of the Competition Commission. We don’t know the scores, which each participant has got, and also their declarations haven’t been published. As a result, it is unknown, for example, whether Natalia Sholoyko informed the Competition Commission that she has conflict of interest  because her family works in pharmaceutical business, and her husband is Deputy CEO of the state enterprise or not.” – Olexandra Ustinova, said member of Board of NGO “Anti-Corruption Action Centre”.

“If reforms begin in key ministries, the whole system h be changed. The problem with odious candidates exists in other ministries also even under the government of  progressive ministers-reformers. There is a question about Andriy Galuschak that might be a State Secretary of the Ministry of Infrastructure. Same as Health Minister Ulyana Suprun, Infrastructure Minister Volodymyr Omelyan has protested the appointment of Andry Halushchak as state secretary for his ministry,” – added Yaroslav Yurchyshyn, Executive Director Transparency International Ukraine.

Community calls on Government to consider the past of these candidates, and choose for these positions independent and professional people. 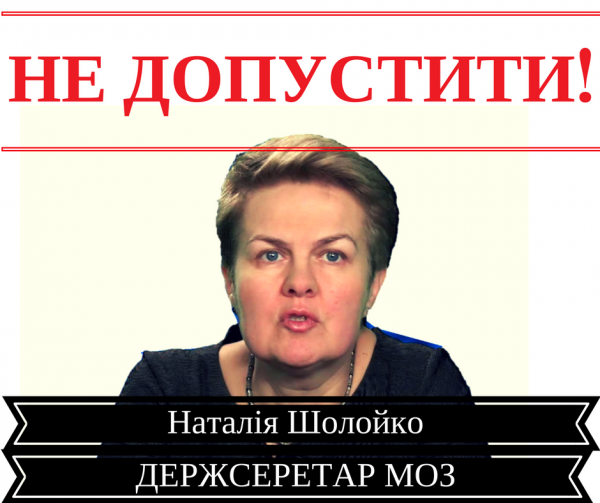