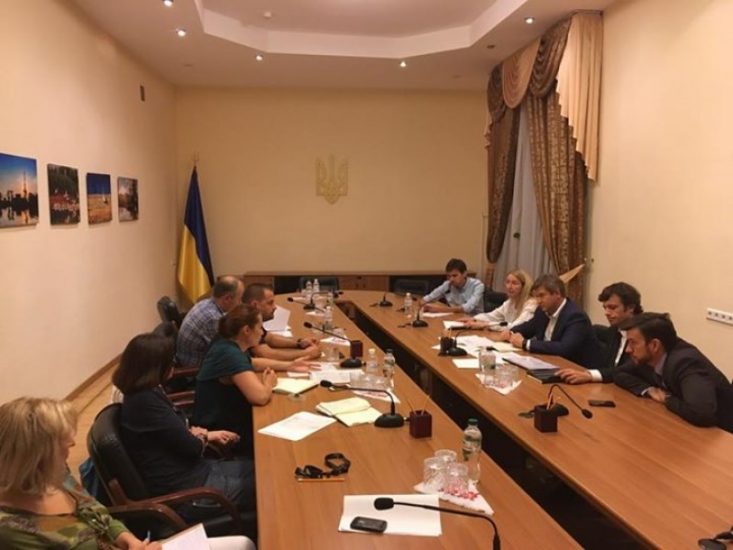 The Government will look for additional funds in Budget 2017 to procure medicines for seriously-ill patients. Such decision was made yesterday during the meeting of patients’ organizations activists with the Minister of Finance Olexander Danylyuk and the acting Minister of Health Uliana Suprun.

It should be recalled that previous year level of funding in the amount of UAH 3,9 billion covers the real need in funds for medicines for 2017 only by 43%. According to the estimates of the MOH 100%-need in funding for 2017 amounts UAH 9,2 billion. Critically underfunded remain national programs on treatment and prevention of AIDS(covered only by 23,1%), Hepatitis (covered only by 8,4%), TB (33,6%), adult Haemophilia (24%). Also, 100% financing is needed for the National Immunization Programme, pediatric oncology program and the UN Convention on the Rights of the Child.

According to the CF “Patients of Ukraine” estimates minimum UAH 6.1 billion should be allocated in the State budget 2017 in order to provide seriously ill patients with necessary medicines.

On September 5, 2016 the CF “Patients of Ukraine” together with the All-Ukrainian Network of PLWHIV sent an official appeal to the Prime Minister Volodymyr Groysman, the Minister of Finance Alexander Danylyuk and acting Minister of Health Uliana Suprun with the request to provide the necessary funding for all treatment programs in 2017. In response to this appeal the meeting with the activists of the patients’ organizations the CF “Patients of Ukraine”, the CO “All-Ukrainian Network of PLWHIV” and the CF “Children with haemophilia” in the Ministry of Finance of Ukraine was organized.

“Yearly, Cabinet of Ministers officials while budgeting for treatment programs just copied the figures of the previous year budget. The officials have never understood that behind each figure is human life. Today, an unprecedented event happened: the authorities have heard Ukrainian patients. In conditions of extreme budget deficit the Government will attempt to find money for the procurement of vital medicines. We hope that this issue will be resolved by September 15, 2016 and this year will be the first one when patients organizations do not protest in front of the Cabinet of Ministers building”, – says Olga Stefanyshyna, Executive Director of the CF “Patients of Ukraine”.

As of now, the Draft Budget 2017 is being elaborated by the Cabinet of Ministers of Ukraine. By September 15, 2016 this bill will be sent for voting to the Verknovna Rada.

“For ten years, the Ukrainian government promised that the program on treatment and prevention of AIDS will be 100% financed. If in this year the promised money is budgeted, the Global Fund will fulfill its obligations to Ukraine and keep UAH 1 billion to combat HIV/AIDS and TB. For us it is crucial to ensure 100% treatment for patients, thereby ensuring them 100% life. Finally, there appeared the Government, which not only listens to patients but also is ready to act to ensure needed treatment for patients”, – claims Dmytro Sherembey, Head of the Coordination Council of the All-Ukrainian Network of PLWHIV.

Recall that in 2015 the function of medicines procurements was transferred to international organizations – it was a temporary measure for the effective use of budget money, allocated for the procurement of medicines, and combating corruption in Ukraine. Such a decision has already proven its efficiency: nearly UAH 790 million was saved during the procurements of medicines and vaccines in 2015. However, even this measure does not make up for the enormous shortage of medicines in Ukraine. Because some programs are less than 10% funded. Also, to combat corruption and resale of drugs, procured for the state budget, in hospitals, activists have created a special website liky.odesa.ua. Here, every hospital can publish data on left-over medicines and every patient can check the availability of medications in a particular hospital of Odesa Oblast.

According to State Statistics Service of Ukraine, every day about 1600 Ukrainians diedue to lack of medicines.