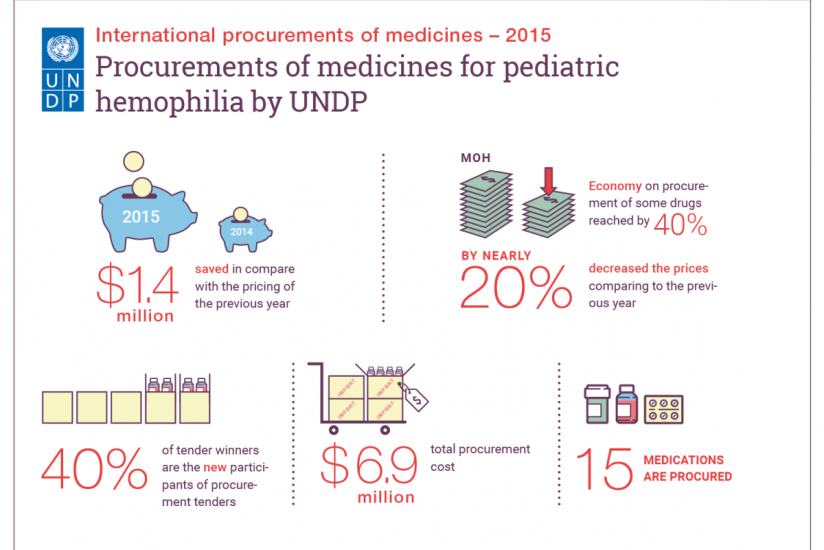 Pursuant to the documents made public by UNDP the economy during procurements of pediatric hemophilia medicines raised USD 1.4 million comparing to the previous year. All the medications procured by the international organization were cheaper than the same medications purchased by the MoH in 2014.

Olga Stefanyshyna, the Executive Director of the Charitable Foundation «Patients of Ukraine» asserts that «such savings are yet more proof of the effectiveness of involving international organizations into procurement of medicines in Ukraine». She states that «the saved costs, which theretofore were pocketed by corruptible officials, mean the additional medications and chance of life for the Ukrainian patients.»

Almost half of the medicines procured by the United Nations Development Programme are more than 20% cheaper as compared to the prices the Ministry of Health (MoH) paid in 2014. The REFACTO medicine’s price (Human blood coagulation factor VIII (recombinant) 250 IU) is by 40% lower:

Also, the pharmaceutical manufacturers directly participated in the tenders for the first time in the history of the medicines procurement for children with hemophilia. Total 5 companies won the tender: 3 Ukrainian and 2 foreign companies.

The total amount of the contracts for 15 items made up USD 7,302,885.88 including logistics and the service fee of the organization.

In total, the state allocated UAH 162,292,000 (USD 7,310,450.45) for treating pediatric hemophilia and the von Willebrand disease. This amount in Dollar equivalent is 60% larger than that allocated by the state for treating children with hemophilia in previous year. 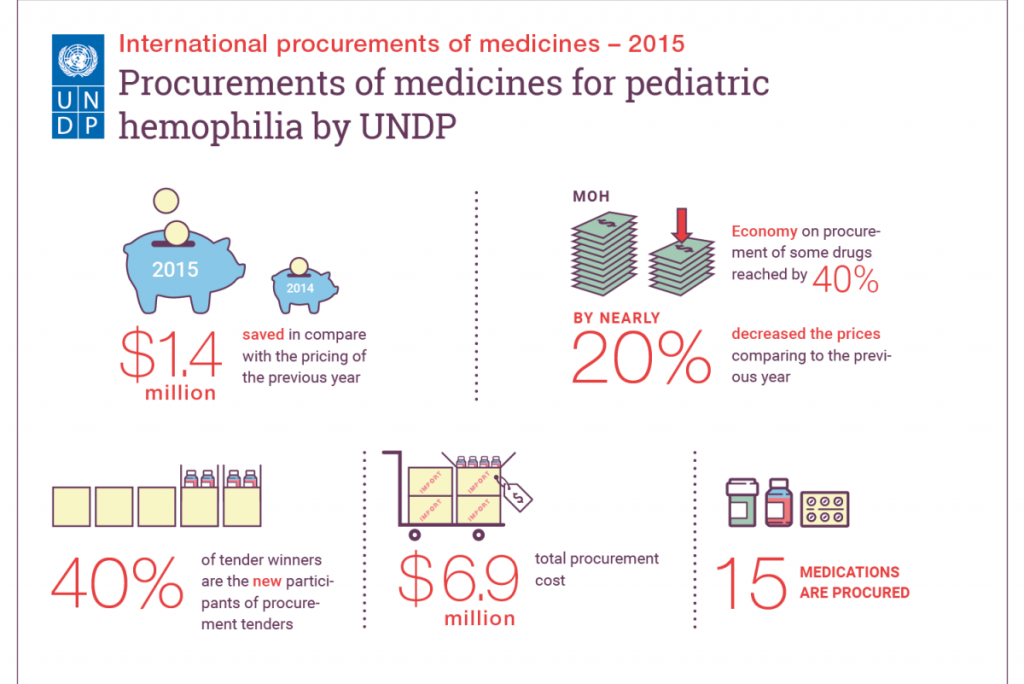 Besides, in 2015 the State for the first time allocated UAH 20,000,000 (USD 900,900) for the orphan medicines procurement. In total, 5 medicines for the overall amount of USD 598,749.62 including logistics and the service fee of the organization were procured. The United Nations Development Programme succeeded in saving USD 302,150.38. So, these funds will be used for additional procurement of the medicines necessary for the patients with orphan diseases. All the tenders were won exclusively by the manufacturing companies. 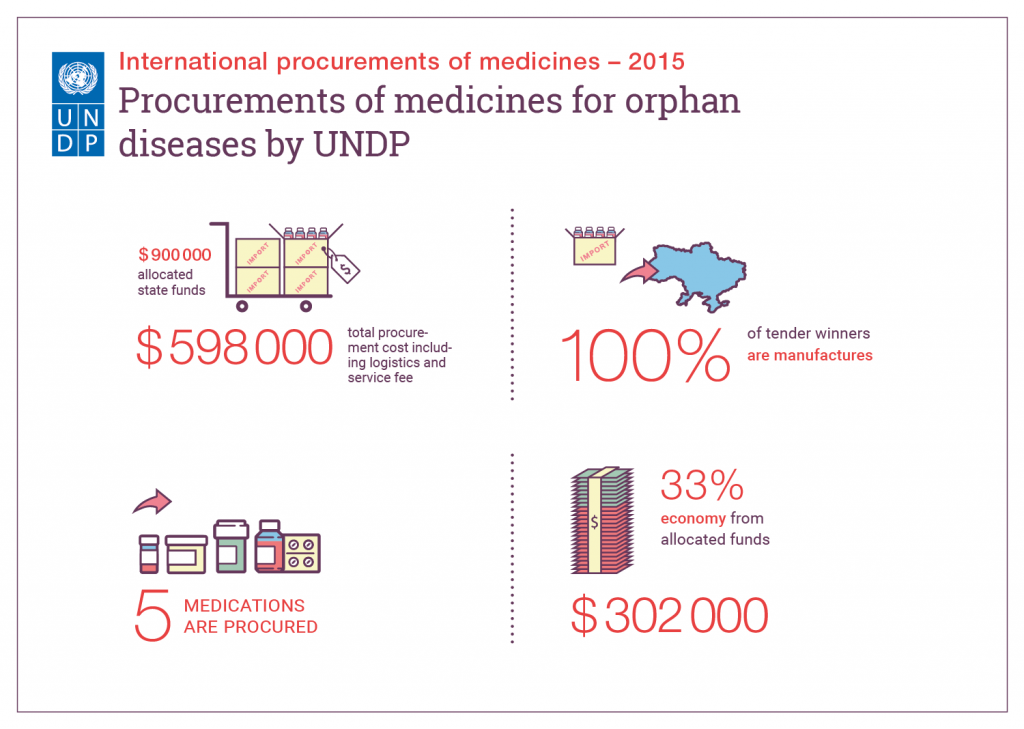 On October 27, 2015 the Ministry of Health of Ukraine (MoH) and the United Nations Development Programme (UNDP) in Ukraine signed the Agreement on the procurement of pharmaceuticals and other healthcare products for diagnosis and treatment of tuberculosis, HIV-infection diagnosis, treatment of children with hemophilia of A or B type or with the von Willebrand disease as well as for medical care of children with chronic viral hepatitis B and C and orphan diseases.

On December 29, 2015 the United Nations Development Programme (UNDP) declared the tender for procuring pharmaceuticals for children with hemophilia A and B or the with von Willebrand disease to be opened. The tender was closed on February 7, 2016.

The United Nations Development Programme (UNDP) has entered into contracts with five companies supplying medicines for children with haemophilia to Ukraine. The total amount of the signed contracts, under which 15 pharmaceuticals will be procured, made up USD 6,955,129.41 including logistics.