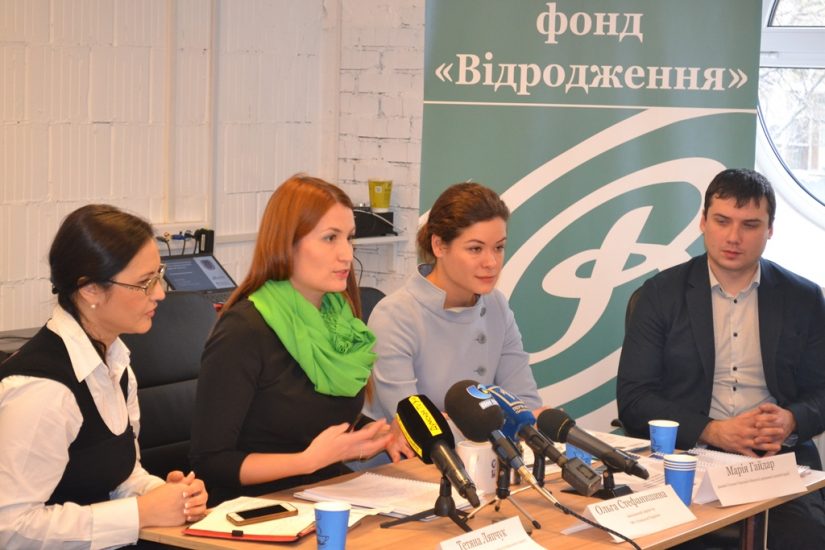 Today, the Advisor to the Chairman of the Odesa Regional State Administration Maria Gaidar presented the initial steps that will be done in the framework of reforming the health care system in the Odesa Oblast in 2016.

“Healthcare in Ukraine – is one of the most unfair spheres in the world. Despite the fact that according to the Constitution of Ukraine, health care should be free for every citizen, everybody is putting up with the fact that this rule is violated. For example, really free and high-quality medicine in Ukraine is available only to rich people – MPs, ministers. We want to stop this injustice. Actually corruption in medicine is killing people. Our civil duty is to stop it. Everyone should have access to quality health care in this country,” – claimed Maria Gaidar.

The first steps, according to Gaidar, of the oblast health care system reform Odesa citizens will be able to see already in 2016.

The first reform changes will affect the management of the regional health care system. Most of management functions will be transferred to the new agency.

“We will create a new institution which will meet European standards, – said Tatyana Liapchuk, Director of the Department of Health and Social Welfare of Odesa Regional State Administration. – With the creation of this Agency, funds for health care programs will be allocated in accordance with public needs, in contrast to the current principle of paying for in-patient beds in hospitals. The relevant department will be significantly reduced and will be focused only on its functions – approving the developed programs. This eliminates corruption schemes that have been used in the outdated Soviet-style institutions for years. The Agency will ensure a gradual transition to the allocation of funds for paying for services, rather than maintenance of hospitals.”

The second innovation will be conducting training courses and starting work for 20-30 general practitioners, so-called “family” doctors. This will allow providing qualitatively new approach to provision of primary health care services to Odesa Oblast patients. Currently patients pay from their own pockets for 95% of the prescribed medicines. In addition, the patient has to stand in long queues, has to spend weeks going from one doctor to another to determine a diagnosis. For the first time in Ukraine, in Odesa will start working highly qualified specialists who will provide primary health care services like in all developed countries. For the patient it means a high quality service, comfortable premises, absence of queues and basic medicines provision free of charge. Financing of medical practice will be carried out under the contract, and the doctor will receive the appropriate level of income.

The third and one of the most important steps will be autonomy and independence provision to hospitals called to increase the efficiency of their work. Currently 85% of funds are spent on maintenance of hospitals, and namely maintenance of sometimes useless premises. Moreover, the number of hospital beds in Ukraine is twice as much as in the EU. Hospitals autonomization will allow implementing a scheme when money follows the patient and not the hospital bed, and are paid for medical service provided and completed treatment. Hospitals will be able to reallocate resources in accordance with their needs, to introduce a system of health workers labor remuneration depending on the amount of work and qualifications, as well as to attract non-budgetary sources of funding.

“Over the years of our organization existence, we held dozens of protest actions in front of the Ministry of Health building, the Cabinet of Ministers and the Presidential Administration. Every positive change for patients and hope to get normal medicine we had to win back with scandals. For the first time here, in Odesa Oblast, we felt that we don’t have to fight with the government to ensure access to treatment for patients, – said Olga Stefanyshyna, Executive Director of the CF “Patients of Ukraine” – Today we put on the table the idea – and it starts to be implemented tomorrow. For example, in September in Odesa Oblast were opened and are being updated until now lists of available free medicines which people can receive in hospitals. This Strategy – is the first step towards reform. We appeal to all the experts and non-governmental organizations to take advantage of a unique opportunity and political will to make health care medicine in Odesa Oblast affordable and qualitative. And making it a model for the whole Ukraine”, – added Olga.

The Strategy follows the basic principles of the National Health Reform Strategy and provides for the modernization of three key areas.

The Strategy was developed by the management of the Odesa Regional State Administration with the assistance of independent Ukrainian experts, health care professionals, under coordination of the CF “Patients of Ukraine”.

According to the developed Strategy, the health care reform implementation in Odesa Oblast starts already in 2016.