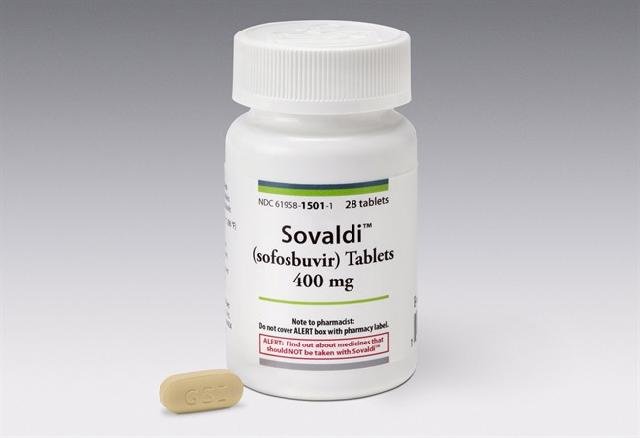 Such agreement was reported after the meeting with the representatives of the Ministry of Health and pharmaceutical company “Gilead Sciences”. The company is ready to assist Ukraine in the treatment of hepatitis as early as this year.

We are talking about sofosbuvir, the one treatment cost of which is 80 thousand euros in European countries.

During the negotiations the parties discussed the possibilities of MoH to receive a special price on sofosbuvir in order to procure it for the state funds. The patient organizations became a driving force in the organization of tripartite negotiations.

The effectiveness of hepatitis treatment with «Sofosbuvir», according to clinical studies is 92%, while with the similar drugs that are usually procured by Ukraine – only 40% – 50%.

«This drug is sold to governments of countries such as Georgia and Egypt for $ 900 for the course, and we hope to achieve this too, – says Dmytro Sherembey, Chairman of CF «Patients of Ukraine». – The thousands of patients’ lives will be saved if the agreement between the Ministry of Health and “Gilead Sciences” is reached. Our organization tried to obtain such conditions for Ukraine for two years, and thanks to the successful cooperation between NGOs and the Ministry, this became possible”.

There are 44 thousand officially registered patients with hepatitis C who need treatment In Ukraine. It is assumed that through humanitarian aid and a gradual decline in prices on drugs, which the company declared, it’s possible to treat these patients within 5 years.

«The prevalence of hepatitis C in Ukraine is hign enough, – says Igor Perehinets, Deputy Minister of Health of Ukraine. –  According to experts estimates, from 3% to 8% of Ukraine’s population is infected with hepatitis C, which is about 1.3 – 5 million people. The Ministry is currently doing everything necessary to get this help to stop the spread of the epidemic in Ukraine. We soon will have an electronic database of patients, which, unfortunately, has never been in Ukraine, and that became an instrument of abuse and the impossibility of keeping records of patients and the use of drugs. Also, the Ministry has developed appropriate treatment protocols for physicians in order to use new drug to treat hepatitis».

In addition, the Ministry of Health has declared its readiness to promptly assist with the registration of the drug «Sofosbuvir» in Ukraine to accelerate receiving drugs by patients.

It should be noted that for three years already Ukraine is successfully implementing Government social program on prevention, diagnosis and treatment of viral hepatitis in the period to 2016, within which funds for the treatment of this disease are allocated from state budget. In 2015 the total budget of the Ministry of Health together with Kyiv L. V. Gromashevskii Research Institute of Epidemiology and Infectious Diseases was about 150 million UAH for the medicines procurement for hepatitis C treatment.