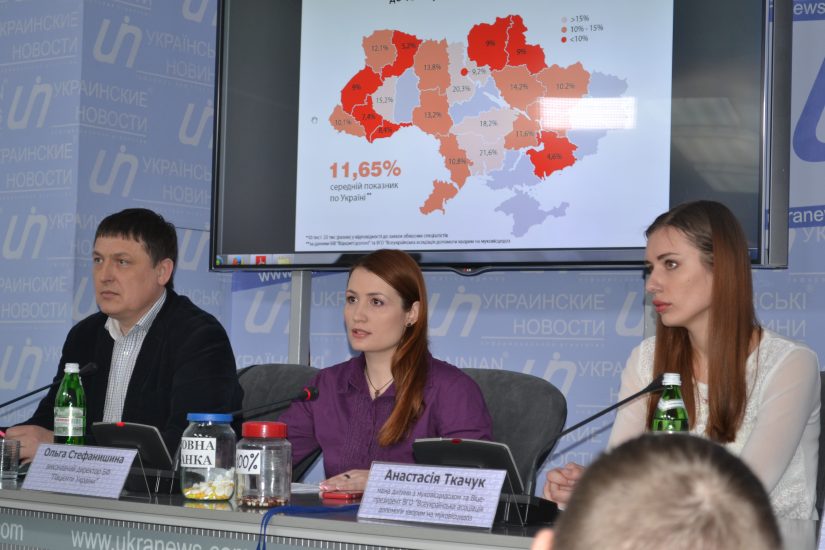 Today 20 patient organizations which represent interests of patients with various diseases, appealed to the Minister of Health with the requirement to declare the tenders no later than 30 April and include representatives of patients to a single expert advisory group on the development of a list of drugs. Otherwise, according to the patients, Ukraine will face the same failure in drug procurement which happened last year due to the delay of the tender process. Separately to understand the course of the procurement process, patients ask to disclose to the public the information on the annual procurement plan medicines and vaccines for 2015 until April 9.

“The Ministry of Health repeats its mistakes from the last year by delaying the tenders’ announcement. Then the drug fail to come to the hospitals on time, — says Olga Stefanyshyna, executive director of “Patients of Ukraine” CF. — Last year we have warned the leadership of the Ministry of Health about that a disaster could happen and so it did. We do not want the same thing to happen with the current team. We expect that this year medicines for all programs will be procured and delivered on time. “

“Last year because of the drug procurement delay even the half of the essential drugs for children with cystic fibrosis has not been procured, — says Anastasia Tkachuk, mother of a 2-year-old Tymophii. — We are surprised to learn from the press conference with the Minister that children with cystic fibrosis are provided with medications by 125%. Our research shows that the real figure is less than 12%, and even those drugs are not distributed. The problem is that the Ministry does not report on the number of purchased drugs and their correspondence to the real needs of children, but reports on the amount of money spent”, — she added.

Another requirement to the Minister was about transfer of drug procurement to  international organizations not only for the treatment of AIDS, hepatitis, tuberculosis, but also for children with oncology and rare children’s genetic diseases. Public activists from NGOs, which represent these diseases, believe that it is the only chance for these children for life, as international organizations in addition to provision of high quality drugs also ensure continuous supply of medicines to hospitals.

“Today in Kyiv only 19 bottles of drugs for children with the Willebrand disease are left – says Nina Astaforova, a mother of a 6-year-old Nona who has this severe diagnosis. – If the child gets to the hospital, and she needs an emergency surgery, we will need an average of 50 bottles. In fact, today the kids like my daughter, are doomed in case if emergency care is needed“- she added.

That’s why representatives of all the organizations representing those rare children’s genetic diseases like hemophilia, cystic fibrosis, phenylketonuria, and pediatric oncology, have signed under this letter.

We would like to remind you that the procurement of medicines for children is the responsibility of Ukraine in accordance with the UN Convention on the Rights of the Child, which is now broken.

The letter to Minister of Health Alexander Kvitashvili was signed by 20 patient organizations.