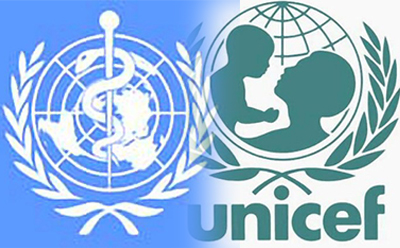 The transfer of the drug procurement to the international organizations is on the verge of collapse – state the representatives of patient and anticorruption organizations in the open letter to the Chairman of the Verkhovna Rada of Ukraine Volodymyr Groysman. 6 draft laws have already been registered as of today. They regulate the same norms and are created exclusively for the purpose of delaying the process, the letter reads. The total amount to be transferred on the drug procurement is approximately 1,1 billion hryvnya.

Once the draft laws №2150 and №2151 which provide the transfer of the drug procurement to UNICEF and WHO were registered on the website of the Verkhovna Rada, the new draft laws-clones have appeared – 2150-1 та №2151-1 in particular. In addition, draft laws which regulate the exactly same norms have been registered in the different committee – 2152.  The authors of the draft laws are the owner of the pharmaceutical company Darnytsya Hlib Zaohoriy along with Oleksandr Tretykov, Oleksandr Drozdyk and Ihor Alekseyev. The number of the alternative draft laws has risen to 6 in one day. The draft laws № 2150-2, 2151-2 and 2152-1 have appeared on the website of Verkhovna Rada of Ukraine. They have been registered by Iryna Sysoyenko and Kostyantyn Yarynich.

“The purpose of these draft laws is only one – to delay the process of transferring drug procurement to the international organizations and to disrupt it — states Viltaliy Shabunin, Chairman of the “Anti-Corruption Action Center”. — The transfer of the drug procurement must happen no later than March of 2015 so that the medicines would be procured on time. The delay of the voting process at the Verkhovna Rada will let the corruption schemes which exist in MOH stay. This will enable people from pharmaceutical mafia to continue making money on the patients”.

The draft laws №2150 and №2151 were developed by the Ministry of Health together with international and public organizations. They have been registered by MPs from different political parties and special committees: Olha Bohomolets, Viktoriya Syumar, Hanna Hopko, Iryna Ionova, Oksana Korchunska and Roman Semenuha.

“Despite the fact that the alternative draft laws have been simply copied from the main draft law, still they contain the number of differences which are aimed at preventing the implementation of the idea of international procurement. In particular, there is no specification which would ensure the adoption of appropriate regulation. Moreover, the validity of registration and delivery time are limited by 2015, which again makes the implementation of these draft laws impossible”, — says Lana Sinichkina, partner at the law firm “Arzinger”, which specializes in healthcare. — Having thoroughly analyzed the registered draft laws as of today, we can say that this is an artificial block of the transfer of the drug procurement to the international organizations”.

The transfer of drug procurement to the international organizations is a part of the Coalition agreement which was signed by all parties of the coalition at Verkhovna Rada. Therefore, in the open letter the activists appeal to the Chairman of the Verkhovna Rada of Ukraine to include only draft laws №2150 and №2151 to the agenda.

“Hundreds of lives, of children in particular, depend on these laws, — states Dmytro Sherembey, the Chairman of the “Patients of Ukraine” CF. — The last year’s total failure of drug procurement has left Ukrainian kids without vaccines and patients without medicines. This cannot be allowed again!!! We demand that the draft laws №2150 and №2151 are included in the session of Vekrhovna Rada next week. The patients do not have any more time”.

Today the international organizations procure drugs and medical products for the governments in more than 100 countries. Ukraine must transfer the procurement to WHO and UNICEF of all childhood vaccines, medicines for children with rare diseases, patients with hemophilia, HIV, hepatitis, tuberculosis for the total amount of approximately 1,1 billion hryvnya.