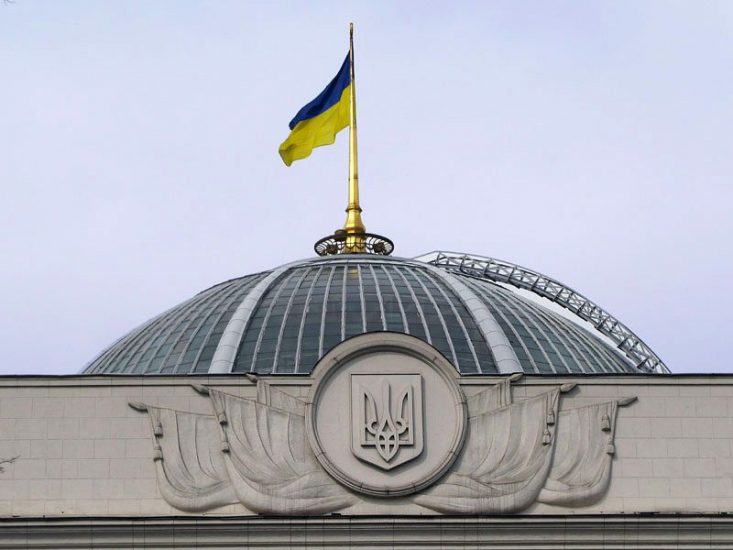 For the first time NGOs have developed legislative mechanism to overcome problems with the drug procurement, which was supported by the Ministry of Health and the relevant Committees of the Verkhovna Rada of Ukraine. On the 17th of February two draft laws were registered at the Verkhovna Rada: On Amendments to Certain Legislative Acts of Ukraine (regarding timely access to the essential medicines of the patients through public drug procurement with the involvement of the international procurement agencies) № 2150 and On Amendments to the Tax Code of Ukraine (regarding tax exemption from VAT the operation of importation and supply of medicines) №2151. The draft laws provide transfer of the public drug and vaccines procurement to the international funds such as WHO and UNICEF.

“The corrupt officials will no longer steal money for public drug procurement, and the patients with HIV/AIDS, tuberculosis and other diseases will receive high-quality medicines on time. This will be possible after the draft laws that enable the transfer of the drug and vaccine procurement to the WHO and UNICEF will be adopted. We as patients know how it is important to receive treatment on time way better than the officials. These draft laws must be adopted as soon as possible. They will save the lives of hundreds of people.” – said Dmytro Sherembey, Chairman of “Patients of Ukraine” CF.

The registered draft laws will not only eliminate corruption in procurement (which usually inflates the price of 40% an average), and therefore – to lower the drug prices, but also provide the patients with HIV/AIDS, tuberculosis and other life threatening diseases with high-quality medicines, and children – with vaccines. The draft laws have been supported by the Minister of Health.

“The withdrawal of the public drug procurement from the office of the Health Ministry and its transfer to the international institutions will make the procurement process transparent, will eliminate corruption and the patients will receive the medicines on time. This is one of the first steps in the reforming of the healthcare sector, which the Ukrainians will be able to see and evaluate soon enough”, – commented Alexander Kvitashvili, Minister of Health of Ukraine.

The Coalition Agreement of the Verkhovna Rada of Ukraine convocation of 21/11/2014 implies the need to eliminate corruption schemes during the public drug tenders in the system of health care, transfer the function of the public procurement from the Ministry of Health of Ukraine to the international organizations.

“We will insist on the early adoption of these draft laws by the Parliament, as the patients from the regions still have not received the drugs against HIV/AIDS, tuberculosis and hepatitis. Our task is to prevent the last year’s failure when the children were left without vaccination, and patients with HIV/AIDS, cystic fibrosis, fenilektonuriyeyu, those who use hemodialysis and many others were left without the possibility of treatment and had to yell for help under the Cabinet of Ministers of MOH”, – adds Olga Bohomolets, Health of the Verkhovna Rada Committee on Public Health.

“The fact that the patients, MOH and MP’s of the Verkhovna Rada have united around the problems of the Medicine reform and drug procurement by the international organizations is an indicator of the orientation of Ukraine to the civilized way of combating corruption and building transparent relationships within the sphere of procurement. However, we suspect that the tender mafia who has been stealing for the past 23 years, and gave the patients expensive ineffective drugs instead of actual medicines, will not give up so easily. These draft laws are extremely disadvantageous for them as they deprive them from the profits to which they are accustomed. I suspect that we will have to fight for these draft laws in the Parliament”, – predicts MP Hanna Hopko, Samopomich Association party.

The successful experience of the mechanism implementation of the international organizations involvement in the drug procurement for public funds is demonstrated by the examples of such transition countries as Moldova, Armenia, Azerbaijan, Georgia, as well as several countries in Africa, Asia and South America.