Health Care Committee of the Verkhovna Rada of Ukraine recommended increasing the amount of expenditures for the drugs procurement from 3.2 to 6.8 billion. UAH

Health Care Committee of the Verkhovna Rada of Ukraine recommended increasing the amount of expenditures for the drugs procurement from 3.2 to 6.8 billion. UAH 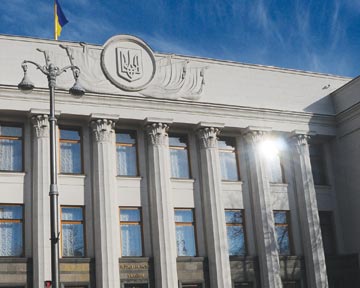 Today during the meeting of the Health Care Committee of the Verkhovna Rada of Ukraine it was decided to recommend increasing the amount of expenditures for the drugs procurement to 6.8 billion UAH. This is was an officially declared financial need of the Health Ministry of Ukraine for drugs procurement in 2014 for critically ill patients who are part of 18 state programs.

“Health and wellbeing of our citizens is the highest value hence we cannot let it be put at risk, – says Olga Bohomolets, Chairman of the Health Care Committee of the Verkhovna Rada of Ukraine. – That is why we have recommended Verkhovna Rada to increase funding for life-saving drugs by reducing other budget items.”

Yesterday there was a massive patients’ protest against Budget 2015 was held under the building of Cabinet of Ministers. They stressed the inadmissibility of budget savings through the life and health of patients.

“We must fulfill the paragraph of the Coalition agreement on public procurement of medicines in all programs, – states Iryna Sysoyenko,MP, member of Health Care Committee of the Verkhovna Rada. – We cannot leave people without treatment for the next year due to the fact that the Government has put meager funds for state programs financing. 6.8 billion UAH is the bare minimum which was estimated by the Ministry of Health and NGOs as a need for treatment for patients that are now part of the government programs. The government has no right to leave them without treatment.”

“We hope that Parliament will support supports the proposals of the Committee and will vote for the changes to the Budget 2015, – says Dmytro Sherembey, Chairman of CF “Patients of Ukraine”. – The lives of hundreds of thousands of patients depend on this vote. Otherwise, if the number of drugs will be stripped down, it will be a personal responsibility of a MP to their voters for deaths and mutilated lives.”

Currently only 3.2 billion UAH for drugs procurement is put in the draft Budget of Ukraine.