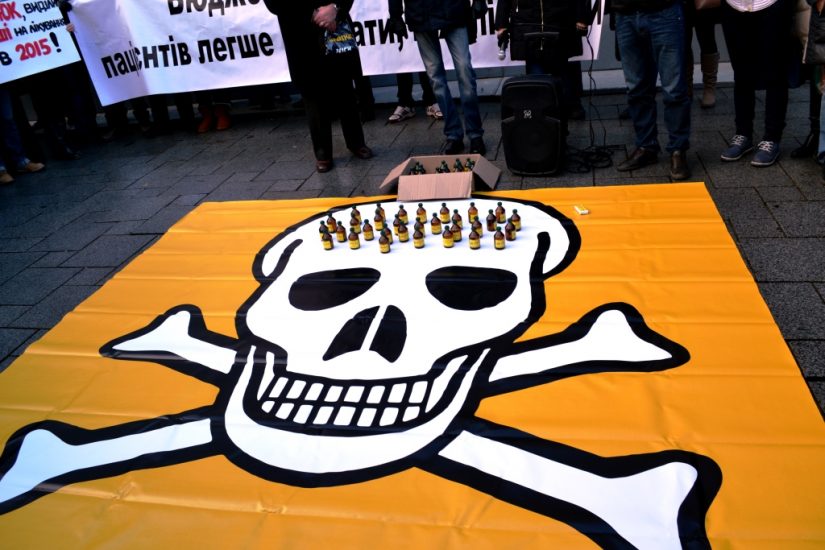 More than half of patients with HIV/AIDS, cancer, hemophilia, tuberculosis, cystic fibrosis, diabetes and other diseases that receive treatment from the State will be left without treatment in 2015.  The activists have come to such conclusion after they analyzed Ukrainian 2015 draft Budget. They found that there are last year’s figures for the life-saving treatment namely 2,5 billion UAH. In such situation it seems that it is easier to kill rather than to treat. The activists demand the review of the budget and 6.8 billion UAH for the treatment of patients with terminal illnesses whose lives depend on state drugs procurement. Such need was officially declared by the Ministry of Health in 2014.

“If the government does not allocate additional funds to finance the drugs procurement in 2015 this budget will become a verdict for hundreds of thousands of Ukrainians including children, – states Dmytro Sherembey, Chairman of CF “Patient of Ukraine”. – Most of these drugs cannot be found in the pharmacies and are procured only for the state programs. Hence if the government does not take into account the need for drugs that has been declared by Ministry of Health in 2014 than most people who are part of the the state programs will either die or become disabled”.

“Without the regular procedures for cleaning up blood, i.e. hemodialysis, patients who suffer from kidney failure can live no more than 7 days, – states Volodymyr Honcharuk, patients with kidney failure. – We will “lay dead” in front of the Cabinet of Ministers to prevent such financing plan for drugs. For people like me it means death”.

It should be noted that despite the significant spending cuts in Budget 2015 the Government put 437 million UAH, i.e. 20% of the total budget for drugs procurement for all the Ukrainians, separately for the workers of Ministry of Internal Affairs.

“Today in Ukraine there are 60,000 HIV-positive adults and children receive treatment from the state budget, – says Vitaliy Tkachuk, member of the Coordination Council of All-Ukrainian Network of PLHIV”, – In such situation of funding reduction proposed by the Government, 40,000 patients with HIV will be left without medicines which will lead to the new outbreak and tens of thousands of deaths. Everything that has been done during the last 10 years to combat HIV/AIDS in Ukraine will go in vain”.

In Ukraine 1607 people die from severe diseases daily (information as of March 2014). Every year due to these deadly diseases the country loses around 600 000 of its citizens.