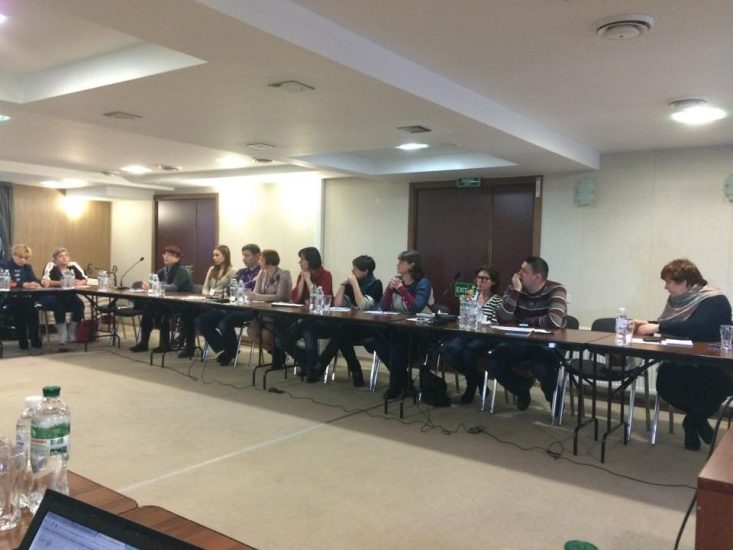 On December 11, during the Annual General Meeting of the Charitable Foundation “Patients of Ukraine”, 12 new members representing a variety of serious diseases, including hemophilia, phenylketonuria, cystic fibrosis, children’s and adult oncology, juvenile rheumatoid arthritis and other, became members of the Foundation.

“This year we fought together for the treatment of my daughter and hundreds of other children with hemophilia who were left untreated due to disrupted tender procedures –says Nina Astaforova-Yatsenko, mother of a 6-year-old Nona, hemophiliac. –It was a revelation for me to realize that people, who are not related to hemophilia, were willing to help us in our fight. Such an association of patients, who help each other, is unique to Ukraine. That’s why I am happy to join the Foundation as a representative of parents of children with hemophilia”.

After a significant expansion of membership of the organization and entry of people representing new diseases to it, the Board of the CF “Patients of Ukraine” consists of 31 members each representing the interests of patients with a particular disease.

“We together with parents have been fighting for 10 years to ensure that our children receive quality treatment from the state and do not become disabled, – says Natalia Tymoschuk, the Head of the “Association of parents of children with phenylketonuria “Generation”, who also became a member of the CF “Patients of Ukraine”. – And with joint efforts of not only our organization, but also of all patients who have helped us this year, for the first time in Ukraine, despite a strong lobby in the ministry, quality medicines for children suffering from phenylketonuria have been procured”.

Also the organization’s objectives for 2015 were defined at the meeting. In addition to provision of access to life-saving treatment, transfer of drugs procurement from the Ministry of Health to international organizations and the pharmaceutical reform were defined as main objectives. With these top-priority steps it will become possible to overcome corruption in the Ministry of Health during the procurement of drugs and significantly reduce prices for medicines in Ukraine. The pharmaceutical reform is primarily intended to reduce the number of necessary permits and licenses to manufacturers and to implement other deregulations.

“We have gone through a long way of cooperation with every organization, whose representatives have joined the CF “Patients of Ukraine” today, – says Dmytro Sherembey, the Chairman of the CF “Patients of Ukraine”. – We all have a common goal – access to treatment without which we and our children will die. And it is joining of our efforts that enables us to deliver success for what we do”.

Currently the CF “Patients of Ukraine” is the largest organization uniting patients with various diseases from all regions of Ukraine, with the first and foremost goal to fight for access to life-saving treatment and patients’ rights in Ukraine.