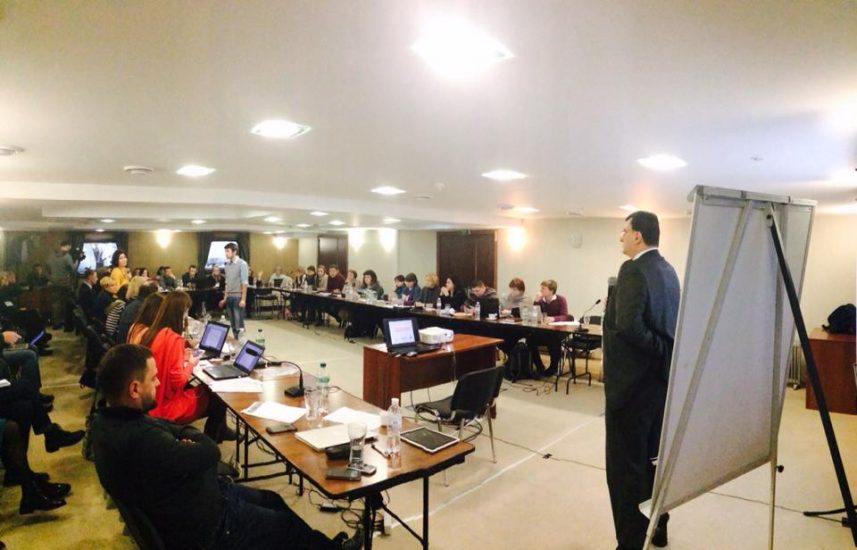 The Verkhovna Rada of Ukraine adopted the Action Program of the Cabinet of Ministers. The adopted Action Program includes the proposals of the Ukrainian Healthcare Reform Strategy, which have been developed by the Strategic Advisory Group during the last five months. Simultaneously public discussions of the Ukrainian Healthcare Reform Strategy are being held in the circle of experts and the public sector, particularly among patients’ organizations.

The Draft Reform has been developed by the Strategic Advisory Group on Healthcare Reform under the Ministry of Health with the support of the International Fund “Renaissance”. The current Health Minister Alexander Kvitashvili is a member of the working group. “In Ukraine people demand changes and already in 2015 decisive steps should be taken to start them. This approach has proved to be successful in Georgia, – said Alexander Kvitashvili, the Minister of Health of Ukraine, – we will immediately start the reform of the healthcare sector management once the deputies of the Verkhovna Rada of Ukraine endorse the Government’s Action Program”.

“This is the first precedent when influential experts, doctors and patients, in partnership with the major international organizations have developed the Strategy of reforming the healthcare system, which will be implemented in the state — says Olga Stefanyshyna, the Executive Director of the CF “Patients of Ukraine”, the Head of the Secretariat of the Strategic Advisory Group, — it is extremely important to make this process public and open. It is the patient who will feel changes in the system. That is the reason we have arranged a public discussion with patients today, where everyone can express their views and give recommendations”.

According to the authors of the draft the cornerstones of the reform are: liberalization of medical services market, reduction of overregulation of the health care sector, establishing the efficient mechanism of state funds reallocation aimed to pay for the services provided to a patient, and not for the maintenance of medical buildings (currently 75% of state funds are spent on keeping the medical buildings and hospital beds). After the sector is reformed this money will be spent for the doctors’ services meaning the implementation of the principle “money follows the patient”.

One of the main tasks in the draft Strategy for health care reform is transformation of the network of medical facilities which are located unevenly in Ukraine. Our country is a leader of the rating by the number of beds per capita: in Europe there are on average 500 beds per 100 000 people, while in Ukraine – 950.

Experts suggest introducing the autonomy of medical institutions, which will allow removing the burden of paying for utilities from the state and help attracting investments into this sector. In addition, it will allow bringing the number of hospitals into line with the real needs of people in a natural way. Released budget funds are suggested to be used for enlarging access of rural population to the modern district hospitals, particularly by building roads and transport.

In rural areas, where currently 30% of the population of Ukraine lives, family physicians will work as private entrepreneurs. Payment for their work will be handled using a mixed system. The community will be able to control the quality of the work and payment for the doctor’s services, and will have the right to terminate the agreement with him if necessary.

Currently the draft reform is at the stage of public discussion, and not only sector experts and doctors can join it, but anybody who wants to. Discussions will continue until the end of January 2015 and will be held both in Kiev and in the regions.