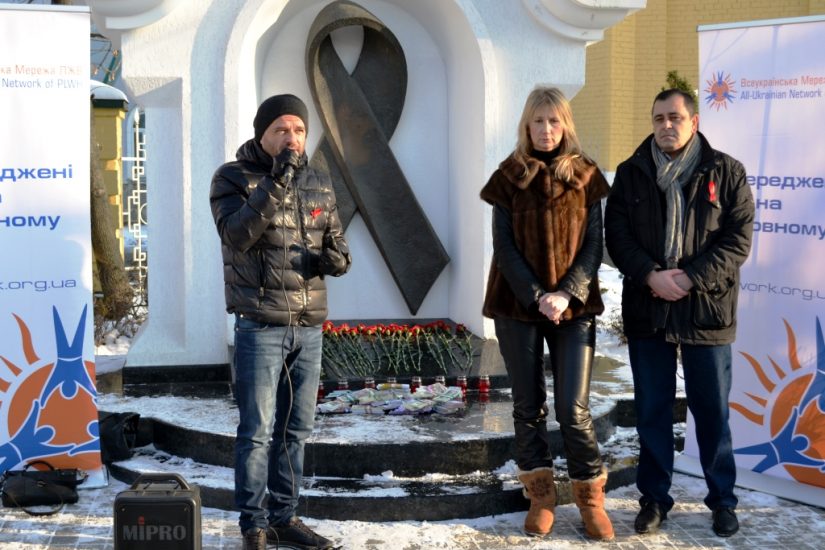 On December 1, World AIDS Day, public activists released information that the state has overpaid UAH 26 million on procurement of drugs for HIV-infected in 2014, despite the act that the new team already works in the Ministry of Health.

Activists have compared purchase prices of ACO “All-Ukrainian Network of People Living with HIV” financed by the Global Fund to Fight AIDS, Tuberculosis and Malaria and the Ministry of Health of Ukraine for the same drugs in 2014. The Ministry of Health overpaid UAH 13 million on procurement of some drugs (e.g., Lamivudine/Zidovudine) in comparison to the NGO.

“The problem is that the system in the Ministry of Health has not changed. The corruption schemes remained the same, – says Olga Stefanyshyna, the Executive Director of the CF “Patients of Ukraine”. – We had hoped that after the Maidan the new team that would show a new approach to fighting corruption in procurement would come to power, but a miracle didn’t happen: Ukrainians continue to pay their lives for this corruption. The only hope is for the new composition of the Government and the new leader of the Ministry of Health, who will take up the sector reform with procurements removed from the Ministry”.

In addition to the fact that the Ministry has purchased drugs at exorbitant prices, it has reduced the number of purchased drugs, citing high prices due to the devaluation of the hryvnia.

“This is the highest level of cynicism when the Ministry purchases wholesale quantities of medicines at higher prices than public organizations, and at the same time attributes the decrease in the number of people who will get treatment, to high prices, – says Dmytro Sherembey, The Head of the CF “Patients of Ukraine” – more than 6 000 people this year will be left without treatment that will give new impetus to the AIDS epidemic and thousands of deaths”.

In accordance with the amendments to the Resolution of the Cabinet of Ministers of Ukraine #298, which were introduced in October this year, the Ministry of Health is authorized to reduce the volume of purchases. And accordingly – the number of patients that will be treated. Procurement of ARVs has been reduced on average by 10%. Over 60 thousand HIV-infected Ukrainians receive government-funded treatment today.

“More than 6 000 people can pay their lives for the corruption in the MoH, – says Volodymyr Zhovtyak, the Chairman of the Coordinating Council of the ACO “All-Ukrainian Network of PLW”. – They might be cured if the Ministry officials would consider care for patients and not their personal wealth as a priority. These people are doomed, because they can not buy drugs in Ukraine themselves – they are not sold in pharmacies. Over the last 10 years this is the first real threat of reducing the number of patients that receive treatment”.

It should be noted that last year the MOH, during Raisa Bogatyriova’s ministry, cashed in approximately UAH 15 million on HIV-infected. Therefore the activists awarded the former Head of the MoH with “pozorniaka” and not with gratitude award.

And this year, they decided to demonstrate to the acting Health Minister Vasyl Lazoryshynets the consequences of such ministry’s earnings – namely deaths. The same amount of money, as cashed in by ministry’s officials on patients, activists laid at the monument for people who died of AIDS – “Red Ribbon” in Kiev.

Recently the mass media reported that old people and schemes are returning to the Ministry of Health. Previously these schemes made it possible to earn from “under-the-table payments” for state procurement of medicines.

The total amount of the tender for the procurement of antiretroviral drugs for the treatment of HIV-infected people is approximately UAH 234 million.