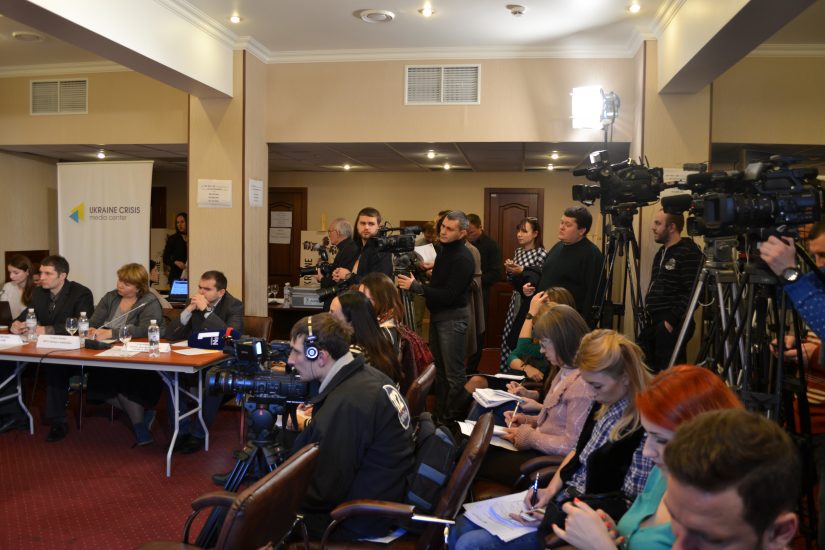 Public and expert organizations require the Coalition of parties to take into account the results of public discussion of the candidates for the position of Health Minister. This is stated in the open letter sent to the political parties that have signed the Coalition agreement.

Last week experts and public held open hearings of candidates for the position of Health Minister which aired live on Ukrainian TV channels. As result of public interview and work of the public committee the following candidates for the position of Health Minister have been selected: Olha Bohomolets, Honoured Doctor of Ukraine, Adviser to the President of Ukraine and Volodymyr Kurpita, former Head of State Service on AIDS and other socially dangerous diseases, present Head of Strategic Advisory Group on Healthcare reform.

The activists believe that the launched initiative implements transparent and open evaluation of candidates for the Minister position and should replace notorious practice of appointments of ministers from political parties on quota basis.

During the discussion the candidacy of Vasyl Lazoryshynets, the current leader of Ministry of Health and candidate for this position from “National Front”, has been massively criticized. Transparency International Ukraine provided information according to which Mr. Lazoryshynets has held leadership positions during the high-profile corruption scandals such as procurement of swine flu drugs – “Tamiflu” at much higher prices. Mr. Lazoryshents has also failed the requirement of absence of interests’ conflict (http://zik.ua/ua/news/2014/11/25/vo_ministra_moz_lazoryshchynets_pryhovuie_biznesy_svoiei_rodyny_u_natsionalnomu

_instytuti_im_amosova_543445). As it turned out during the journalists’ investigation, the family of the present leader of Health Ministry has a private clinic at the state facility, a network of pharmacies and other health-related businesses.

“We sincerely hope that every political party that has signed the Coalition agreement understands the necessity to create this government according to the professional and not quota-based principal, – says Valeriy Pekar, Public Platform NEW UKRANE, which is co-founder of the initiative “First Professional Government of Reforms”. – That’s why we have not only initiated nomination of candidates from expert communities, but also open public discussions of all the candidates live on TV”.

Olga Stefanyshyna, Executive Director of CF “Patients of Ukraine” holds the same opinion on the need to consider interests of expert and patient communities. “Patients must be involved in the process of appointing a person on whom their lives will depend – says Olga. – That’s why we called all patient organizations to join the public discussions of the candidates for the position of Minister. We hope that after Maidan the practice of appointing Ministers behind closed doors will find its end. The Leaders of State entrusted with major reforms in this country will be appointed after considering public opinion”.

Right now out of 5 political parties that have signed the agreement, only “Samopomich” supported the candidates that have been selected by the public as the party leader Hanna Hopko has stated during the live broadcast (http://lb.ua/news/2014/11/25/287103_samopomoshch_predlozhila.html)