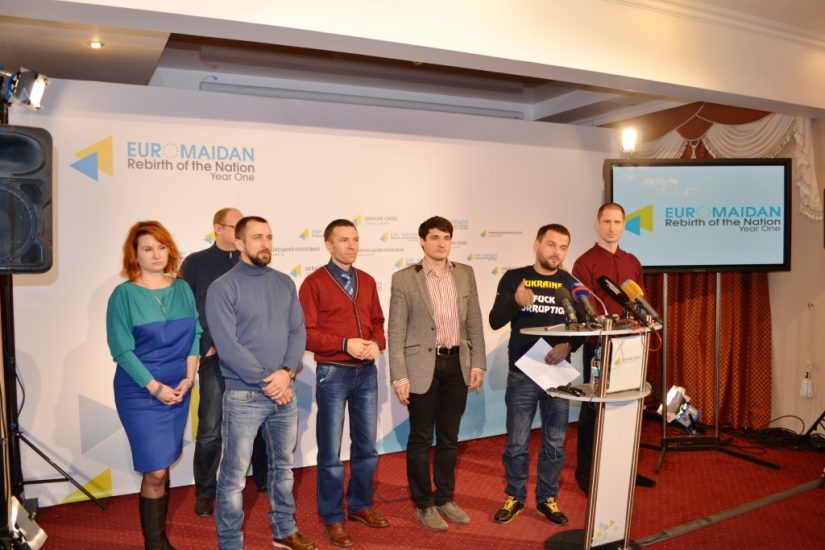 The Activists of patient and anticorruption organizations demand from all the political parties that have been elected to Verkhovna Rada to publish information about their candidates for the post of Minister of Health and to conduct the open public discussion of these candidates live online. In addition, the activists have announced an open resume admission of the candidates that do not represent any political party but may be worthy candidates for the post of Minister. The resume will be presented to the public as well.

Chairman of CF “Patients of Ukraine” Dmytro Sherembey is convinced: “     Against the backdrop of complete failure and of public drug procurement for terminally ill patients, constant arguments, corruption scandals and changes of Health Ministers, we cannot let to put another “right” person that so many people’s lives depend on work of which, in the Ministry by backroom deals. The future Minister of Health must be a professional, crisis manager of unblemished reputation. It must be a new person that is ready to change the system for the benefit of the patients and not government bureaucrats”.

Among the requirements for the future Minister of Health that are made by the activists are the following: no conflict of interests and no evidence of any ties with corruption schemes; necessary to have a team and ready to present it; clear vision of the mechanisms for the health care system reform in Ukraine. Also the candidate for the Head of MoH must not be a former Minister or his deputy.

“The system of appointing the Minister of Health of Ukraine and his deputies, as well as in every other Ministry, must be radically changed and be based on European principles of openness, competition and meritocracy (recognition of merits and achievements). The lives of hundreds of thousands of Ukrainians and the health care system reform depend on it”, — said in the statement (letter).

Maksym Latsyba, expert for parliamentary lobbying of “Reanimation Package of Reforms” says about the importance of the open competition and discussion of the candidates for the post of Minister of Health and his deputies: “The Parliament only adopts the law; the government is the one that implements the reforms. It is up to professional qualities of the Minister whether the health care reform, which now is infected with corruption and incompetence virus, will happen. Everyone who is ready to take such responsibility must publish his plan of reform in health, the experts are ready to provide professional assessment of each candidate for this position”

The leading anticorruption organizations such as “Transparency International Ukraine”, “Center for Political Studies and Analysis” and “Anticorruption Action Center” are co-initiators.

According to Andriy Marusov, chairman of «Transparency International Ukraine”: “Today thousands of people die because of corruption schemes in the Ministry. That’s why one of the key criteria of the public for the future Minister is absence of corruption scandals in the biography. We hope that every political party will take this criterion as a basis”.

In addition, the candidate for the post of Minister of Health of Ukraine must meet the lustration criteria according to the article 4 of the Law of Ukraine “On lustration”.

“The new leadership of the Ministry obviously has not coped with the appointed tasks of this year, — says Viktor Taran, expert of Center for Political Studies and Analysis. —The price of drugs are inflated by 30-40%, the tenders are being blocked by the manufactures through the Antimonopoly Committee, 700 000 Ukrainians that receive drugs from the state are on the verge of death. That’s why the new Minister must be professional with clear and strong reputation as well as a strong manager who is willing to break the corrupt system within”.

“The task of the “Public movement “CHESNO” is to filter the power. Hence we demand the open process of the appointment of all the Minister and deputies, — says Veronika Velch, representative of the public movement “CHESNO”. —We are against the quota principle for government formation. The Ministers and their deputies must meet the criteria of professionalism, integrity, transparency and accountability of wealth, and represent a new generation of education, ideas and reputation. In the process of appointment we insist on strict observance of the Law of Ukraine “On lustration.”

The initiators of the public hearings have sent letters to all the political parties calling to publish information about their candidates within a week, no later than November 20. During this week they will also collect the resumes from the experts’ community with their proposals. In order to do this, the organizing committee composed of representatives from leading patient and anticorruption organizations has publishes on its websites a special announcement. The public discussion of the candidates will be aired with the participation of the representatives of patient organizations, experts’ community, anticorruption journalists and activists. It will be held immediately after the resumes that will be sent to the organizing committee, will be analyzed.