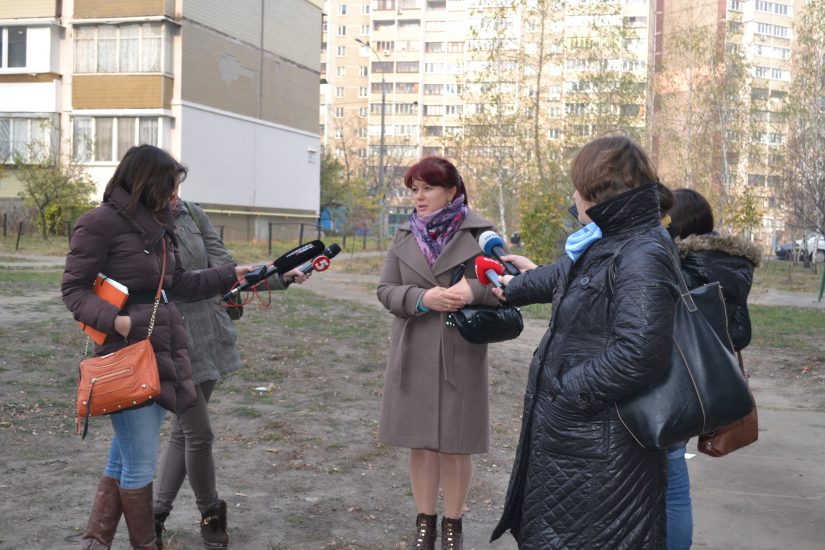 Today the parents of children with phenylketonuria as well as little patients appealed to the Ministry of Health with urgent request to procure much-needed medicines. The problem is that 3-rd time in a row the drug tenders for children with such diagnosis are being failed due to the sabotage of the procedure by the Russian producer of one of the drugs. According to the parents, MoH does it on purpose so that it could fail all the tenders and purchase exclusively one drug of a Russian drug producer for their children.

According to the official requirement that is stated in the documents of the Ministry, 3 drugs of different producers should have been procured for children. 20% of the need are drugs of Russian manufacturer Nutritek (Russia)/ CJSC “Infaprym” (Russia) – “Afenilak” and “Tetrafen / Nutrihen“, and 80% – European – “P-AM – 1”.

“Almost no one wants to give their children Russian drug that we have written hundreds of complains on, — says Natalya Tymoschuk, Head of CF “Generation”. — Even in Russia this drug is tried to be procured in the least amount because of terrible side effects, that’s why they are trying to sell it on our market. Neighboring Belarus does not procure it at all. We see that despite all of this the drug of exclusively Russian manufacturer is going to be procured for sick Ukrainians. Also the fact that this drug is not also less effective but also is more expensive those of European manufacturers is completely ignored”.

Tender documentation shows that the tender have been failed three times because of the Russian drug producer. At first it has happened when they came up for bidding with a very inflated price. MoH instead of agreeing on at least one of the lots and procure other drug in order to cover 80% of the need which could have been done according to Ukrainian law, abolished all the biddings.

After this, the sales of Russian drug have sabotaged the tenders twice by not showing up for the bidding which gave them the opportunity to switch to the shortened negotiation procedure. From now the situation is the following – European drug manufacturers are not able to deliver the entire year’s supply of the medicines by the end of the year because of the deferred tenders. They are ready to provide most of the drugs till the end of the year, and the rest – not later than March, which is stated in the guarantee letter given to the MoH and made public by the parents who are members of the working group under the Ministry.

“I came here today to not allow these negotiations to result into procuring Russian medicines for my baby. This drug cause terrible side effects for my kid. — states Oleksiy Smorodin, father of a 7-years old Mykyta with phenylketonuria. — After taking this drugs my had awful headaches, rashes and disorders. That’s why I’m ready to even spend the night under the Ministry just that it buys those drugs that suit the children”.

The main demand of the parents – procure the drugs that were prescribed by doctors and suit their children. They are preparing a collective appeal to the Acting Minister of Healh Vasil Lazoryshynez with the demand to procure quality drugs and not to manipulate the law in favor of one of the drug manufacturer,