Ukraine is in TOP-5 countries with the lowest level of satisfaction with Health care services.

Ukraine is in TOP-5 countries with the lowest level of satisfaction with Health care services. 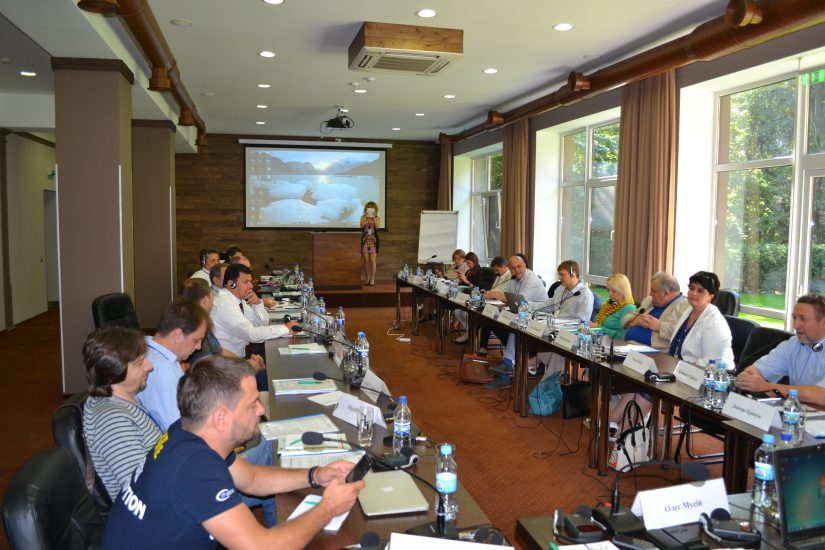 This is the result of the systematic analysis and comparison of the existing medical system in Ukraine with other countries. The analysis was carried out by the international experts of the Strategic Advisory Group on the reform of the health care system in Ukraine (SAG)[1]

According to the Health Minister Oleg Musiy, now in Ukraine for the first time ever there is political will for radical change in the health care system that can not work in a market economy, as it was developed in accordance withthe needs of the Soviet Union. The Minister expressed his hope that Health SAG, together with the management of health reform unit under MOH will design the document to be perceived not only by expert community, and especially by the public. He called for a sequence of actions, perception of the previous work, taking into account the experience of other countries. Oleg Musiy noted that in today’s world classic health systems are almost absent, they become universal. Therefore, the new Ukrainian Health system will not be unipolar and multifaceted, and socio and patient-oriented. According to him, we now have a historic moment for change and should strive to build a new path to the European model has become irreversible.

“The analysis shows that Ukraine needs a fundamental change of the entire health care system and not only its  parts in contrast to what the previous governments have done, –  Vladimir Kurpita, the Chairman of the expert group on health care reform, emphasizes. – That is why we are now considering several models of the health care systems of the countries, that have been in the same situation as Ukraine now but have already changed the system quickly and efficiently”.

In addition, despite the “free medical care” that is provided by the Constitution of Ukraine, the average Ukrainian spends more from his own wallet on health care than anyone in Europe, namely 45% of total health expenditure. Only Azerbaijanis spend more than Ukrainians, while in Europe this figure is approximately 20%.

According to the experts, the health care system of Ukraine is in desperate need of the bold, radical changes. However, it must be based on the principal of universal access to the public health care recommended by WHO, which implies quality and affordable services for all the segments of the population without any exceptions.

The reform of the hospital networks and reorientation of the system to the primary care will be the most important tasks of the coming years. Ukraine has one of largest number of the hospitals per 1000 population in Europe, but it does not seem to help people become healthier.

“Famous Ukrainian saying “no money can buy health” has not been more relevant, – says Dmytro Sherembey, the Chairman of the CF “Patients of Ukraine”, member of the Coordination Board of the Group. – That is why the health care reform has to be the key priority not only for the Cabinet of Ministers, but also for the President and Parliament, because without a strong and healthy nation other reforms are very unlikely to help. Try to explain to a mother with a dying child on her hands that we have hot water and patching holes in the roads as our priorities.”

The Strategic Advisory Group on the health care system reform of Ukraine was approved by the order of the Ministry of health of Ukraine dated July 24, 2014 No.522 and was created by the initiative and support of the International “Renaissance” Foundation. The group comprised of 12 Ukrainian and international experts selected through open competition. The first stage of work of the group was to analyze the existing health care system in Ukraine in order to develop a new strategy for the health system based on it and with account of all the indicators.