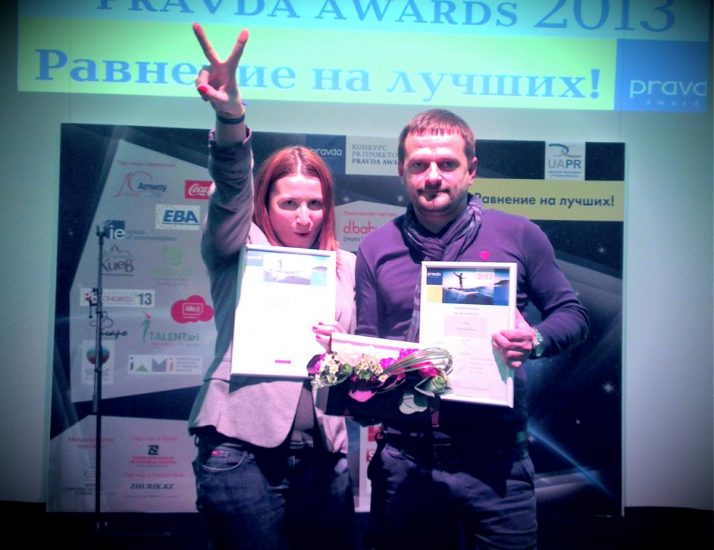 On November, 25, for the first time in the history of the honorable international award PRAVDA Awards the NGO, not a business agency, became a prize-winner. The patients’ organization UCAB not only got the 1 place, but also a special prize «The Jury’s Choice». Activists presented the unprecedented case: «THE CONDEMNED» Action, which took place in April this year in front of the Cabinet of Ministers of Ukraine. During the Action a hundred of «condemned» people lined up in front of the Government building with the cotton bags on their heads and ropes tied around their necks. The Action aimed at making the Government of Ukraine to allocate funds for the treatment of Hepatitis C within the State Budget. The combination of PR and GR tools resulted in the unprecedented decision to finance the treatment programs for Hepatitis C. It had never been done before.

The competition within the «Pro bono» nomination was high: the PR-experts with wide experience of participating in such contests fought for the victory («Pleon Talan», «Vavilon» and «PRP» agencies). But the Jury highly appreciated the idea and realization of the project, from which the patients benefited.

«We do our job with creativity and inspiration — we protect the right of Ukrainians for high quality and affordable treatment. When we were launching the campaign, our aim seemed to be impossible. But we achieved the result — drugs for Euro 3,3 mln. are procured, — says Dmytro Sherembey, the Head of UCAB, — while we acted using effective PR tools solely. This inspired us to share our experience».

PRAVDA Awards is an international PR contest, the platform for discussing the most successful PR cases of the year. It is held annually, since 2006, by the Ukrainian Association of PR (UAPR).

The projects presented at PRAVDA Awards are assessed by the efficiency and creativity criteria.