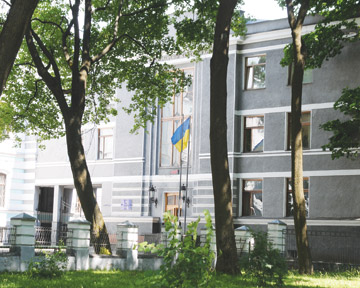 There is an official information at the Ministry of Health of Ukraine web site about the list of medicines that would be procured at the expense of the state budget to treat Hepatitis C in Ukraine. According to this information, the representatives of the two largest producers of drugs can apply for tender in Ukraine, which ensures fair competition.
Please note that earlier both manufacturers have publicly stated their willingness to cut down prices more than twice. It means that twice more drugs will be procured and more patients will receive treatment.

«We are glad that the Ministry of Health heard the voice of patients. The officials from the forecast commission from the very beginning planned to adopt the tender documentation in favor of only one participant, but eventually refused from this idea, — states Olga Stephanyshyna, the executive director of the patient organization UCAB, who was present at one of the meetings of commission, — We would further monitor the tendering process, and our mission is to ensure fair and open tender and the timely delivery of medicines to hospitals.»

We remind that on September, 4, the Cabinet of Ministers for the first time ever allocated the costs for the procurement of the medicines for Hepatitis C treatment. And the very first tender with the budget of UAH 33, 2 started with the scandal. Last week NGOs announced through mass media that the Ministry of Health was going to perform corrupted tender with only one participant mentioned in the tender documentation. The Ministry reacted in the ambiguous manner, by posting the information on the web site that the tender will be fair, however, they did not deny the intention to promote only one participant to the tender.

But now, after the pressure from patients’ organizations and civil society, the Ministry of Health of Ukraine published on the web site the information about both medicines that are widely used in the world to cure Hepatitis C. The civil society is hoping that the substantial reduce of prices in the state purchase program will force the producers to mark down the retail prices for these medicines in drug stores too. This will provide an access to treatment for common Ukrainians. Up to now the average price for annual treatment course was about UAH 100 000, while in Egypt the price is about UAH 16 000, or USD 2000.

Hepatitis C is the most common epidemic in Ukraine. Approximately 3,5 million of Ukrainians are infected with viral hepatitis. The disease is dangerous because you can get infected in the hospital when handling blood, at a dentists’ and even in the nail salon. Up to now, the average course of hepatitis C treatment in Ukraine costed almost UAH 100,000. And the state in 22 years of independence has not allocated a single hryvnya to fight the epidemic. Now thanks to the adoption of the state program and bulk procurement of drugs it is possible to reduce the price of drugs and make drugs more affordable for those patients who need them. For example, thanks to the government’s agreements with pharmaceutical companies, the treatment of hepatitis C in Egypt costs $ 2,000, that is ten times cheaper than in Ukraine.

The activity is conducted within the framework of the Public Health Program, supported by IRF