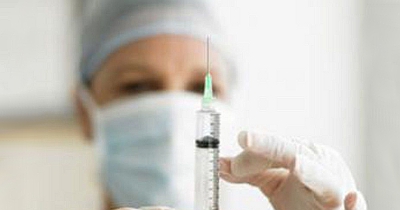 MSD Ukraine was the first company to announce such price reduction on Wednesday, Sept. 11, during a meeting of the commission at the Ministry of Health for procurement of the first batch of drugs for patients with hepatitis C within the newly approved state program to combat hepatitis.

At the meeting an official letter was issued, wich contained information about price reduction for the essential Hepatitis C drug — pegylated interferon from MSD Ukraine by 50 %.
‘Having received the prior consent of one of the two manufacturers to reduce prices by 50 %, we decided to negotiate a discount of at least 50% with another manufacturer’, — says Dmytro Sherembey, chairman of patient organization UCAB.

These agreements were reached today, 16 September, at a meeting of representatives of patient organization UCAB and management of ROCHE Ukraine.

“Taking into account the approval of the State program to combat hepatitis, as well as the high demand for drugs for the Ukrainians, we decided to reduce the price of pegylated interferon in Ukraine by 50%, so that more people could get treatment this year,” — said Dejan Nesic, Director of ROCHE Ukraine.

“During the first meeting of the tender commission at the Ministry of Health, the officials attempted to adapt only one manufacturer under the terms of their tender, — says Olga Stefanyshyna, executive director of patient organizations UCAB, — We won’t allow this . And we openly declare that we will make every effort to ensure that this first and historical HCV treatment State procurement is fair and transparent. If they attempt to monopolize the tender under a single company, we will refer to all regulatory authorities and the Antimonopoly Committee. The lowest price may only be achieved under competitive procurement and thus more people will get treatment for these costs,” — added Mrs. Stefanyshyna.

We would like to remind you that on 4 September the government allocated UAH33,2 million for medicines for people living with hepatitis in Ukraine.

[dt_quote type=”blockquote” font_size=”normal” animation=”none” background=”plain”]Additional Information:
Hepatitis C is the most common epidemic in Ukraine. Approximately 3,5 million of Ukrainians are infected with viral hepatitis. The disease is dangerous because you can get infected in the hospital when handling blood, at a dentists’ and even in the nail salon. Up to now, the average course of hepatitis C treatment in Ukraine costed almost UAH 100,000. And the state in 22 years of independence has not allocated a single hryvnya to fight the epidemic. Now thanks to the adoption of the state program and bulk procurement of drugs it is possible to reduce the price of drugs and make drugs more affordable for those patients who need them. For example, thanks to the government’s agreements with pharmaceutical companies, the treatment of hepatitis C in Egypt costs $ 2,000, that is ten times cheaper than in Ukraine.[/dt_quote]