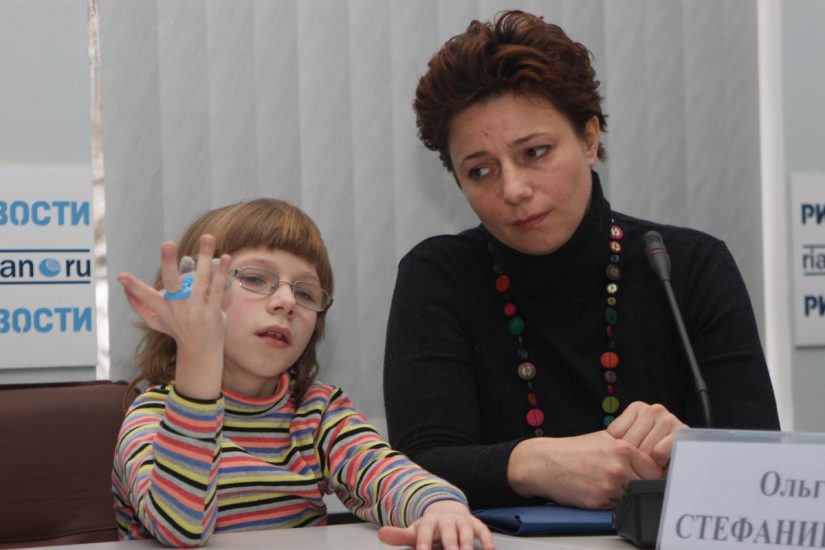 The story began in January 2013 when the mother of 18-months old Vovchik from a small town in the Dnepropetrovsk region asked our organization for help.


Little boy was suffering from cystic fibrosis — a rare genetic disorder that results in a gradual fading of the functions of the lungs and pancreas. Patients with cystic fibrosis, mostly they are children, constantly have to take enzymes to digest food. Suddenly, the child’s condition began to deteriorate because of the drugs that were given to him in the hospital. Those drugs that he received at the public expense.

Worldwide for the treatment of these children it is strictly forbidden to use any substitutes or generic drugs. However, the domestic enzyme drug Kreazim was procured at the cost state budget of Ukraine. According to the bidding law the Ministry of Health should procure the cheaper, rather than most effective drug on the tender. Parents and activists raised the alarm at the fact that there had been severe adverse reactions and side effects in children. In addition, it turned out that the dosage of the active substance is extremely low and the children had to take up to 30 pills a day!

So, a press conference was organized with the participation of UCAB and CF ‘Happy Child’, where parents and activists met with representatives of the Ministry of Health and appealed to the Minister of Health Raisa Bohatyryova asking her not to procure substandard drugs by sending her a formal letter. At this press conference 9-year old girl Darinka showed that the number of pills that she needs to take daily, do not fit in her little hands. And the deadlock was broken.

A few months after the press conference, UCAB continued negotiations with representatives of the Ministry of Health and manufacturers of Creon — the original drug, which effectively helps sick children, in order to convince them to reduce the price for participation in the tender. The price was reduced. Thanks to the joint efforts of the parents and patient organizations the original drug Creon won the tender. It was procured and transferred to hospitals throughout Ukraine.

In addition, a specially created working group at the Ministry of Health obliged the manufacturer of the generic drug Kreazim to remove the indication ‘cystic fibrosis’ from the instruction until the results of clinical trials are ready. In September, 2013, the Decree of Ministry of Health about the re-registration of medicines was issued, which excluded the indication of ‘cystic fibrosis’ in the manual. Now the procurement of the drug ‘Kreazim’ for children with cystic fibrosis is impossible.

Throughout 2013, the representatives of the partner organization UCAB and CF ‘Happy Child’ who took care of children with cystic fibrosis monitored the tender for the purchase of medicines. Due to the orderly functioning of patients and attract members of the press, which led investigative journalism, they managed to convince the Ministry of Health that the activists did not back off until the kids do not get life-saving drugs.
This is an unprecedented victory of patients. In our country, few dare to defend their rights, joining the battle with the state machine. Thanks to the initiative of the mothers of sick children and the experience of UCAB for interaction with public authorities such tremendous systemic change was achieved. In addition, the advocacy work is being continued to increase funding for the procurement of medicines at public expense for this category of children.

In Ukraine, about 800 children suffer from cystic fibrosis and are in need of constant medical treatment with enzymes. Unfortunately, the state provides only part of the need for drugs, providing the annual budget of UAH 800-900 thousand. In Ukraine, due to substandard care only 1 in 10 children with this diagnosis live up to 18 years. While in Europe, the average life span of these patients is 43 years.