The head of AIDS center demands a bribe from the patients

The head of AIDS center demands a bribe from the patients 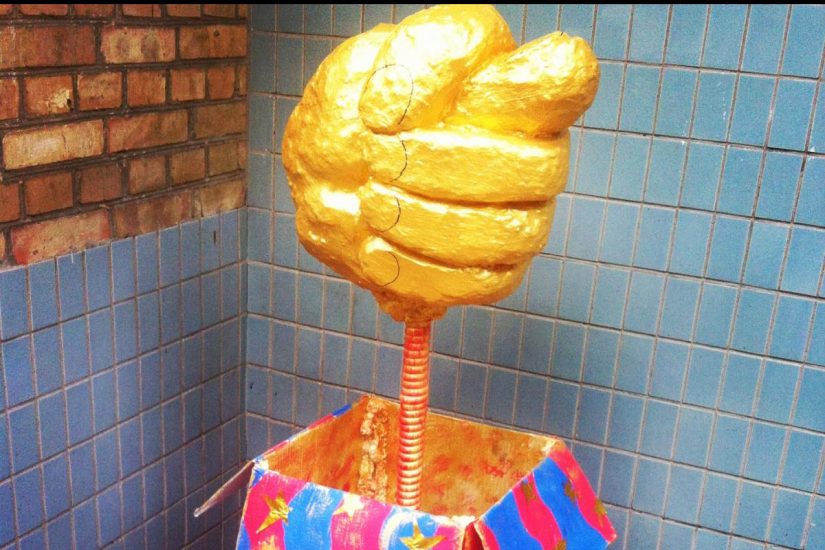 Today, Friday, June 14, patients and activists brought a large «golden» fig to the building of the Kyiv Regional Center for Prevention and Control of HIV/AIDS. It was a response to an acting chief physician of the Center, who demanded a bribe from an NGO.

«We asked the Kiev Regional AIDS Center to provide us with the information on the number of patients they have registered, — says Yulia Kalancha, project manager of PEREBOI.NET.UA, — Instead, we received an letter, signed by the acting chief physician of the Kiev Regional AIDS Center I.V.Ocheretyany. He demands payment for the information that, according to the Law of Ukraine «On Access to Public Information», a governmental agency should provide for free. This is absurd, because he understands that in addition to violating the Law of Ukraine, he commits a crime against his own patients. Our project is designed to provide free assistance for these people, the number of which we asked for».

The fact is that in April 2013 AHF (AIDS Healthcare Foundation — Anti-AIDS Foundation of USA Mission) within the framework of the project PEREBOI.NET.UA submitted a request to the Centre on the number of patients registered in the institution. As a result, they received an official letter signed by the acting chief physician of the Regional AIDS Centre I.V.Ocheretyany who stated: ‘that definite information will be provided by us only in case of material reward’.

«We find this situation unacceptable. So the patients’ answer to such unprecedented extortion from international patient organization is this «popular» symbol’, — claims Dmytro Sherembey, the Head of patients’ organization UCAB, — If this AIDS center demands a bribe for an average information, we can only imagine what they demand from patients to get services there. We bring this symbol to show the public officials who often demand bribes from Ukrainians, what respond on any such actions they will now receive from patients.»

There is actually a very ambiguous situation around the Kyiv Regional Center for Prevention and Control of HIV/AIDS. In this center many patients are waiting for treatment, although the Ministry of Health emphasized repeatedly that antiretroviral therapy is available for all people living with HIV in Ukraine.

«I’ve been waiting over six months in line for treatment, because these medicines cannot be bought in an ordinary pharmacy. — tells Igor, 31, living with HIV, — I was promised that they will take me to the antiretroviral drugs therapy that will allow me to live a normal life. But then they began to lie, that for medical reasons I still do not need treatment. Now I have 315 CD4 cells, while treatment should begin immediately at 350. This is torture — to force us to stand, dying, in a live line. To wait for someone else’s death in order to get his medication.»

Patients complain on the Kyiv Regional Center for Prevention and Control of HIV/AID: lack of antiretroviral drugs, the problem with diagnostics, low coverage of clinical records, long queues.

Ukraine is one of the world’s leaders in terms of AIDS epidemic spread. Last year for the first time there was a downward trend in the incidence of HIV infection due to increasing funding for treatment and its extennsion for HIV-positive people. If the treatment program is cut back, as it’s currently planned by the Cabinet of Ministers of Ukraine despite the Оrder of the President — the number of infections will grow up again. All the efforts of the government and NGOs to stop the epidemic would be futile.