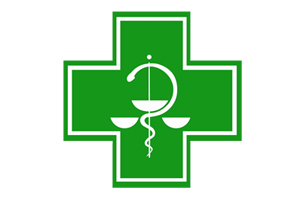 Today, NGOs, patients and average Ukrainians appealed to the President of Ukraine with an open letter, calling to cancel the Law № 5038-VI, which will lead to a significant increase in drug prices, and due to which some drugs will disappear from pharmacy shelves.

On July 4, 2012 the Verkhovna Rada of Ukraine adopted the Law № 5038-VI «On Amendments to Some Laws of Ukraine on import licensing medicines and definition of the term «active pharmaceutical ingredient», which obliges all importers of foreign medicines in Ukraine to obtain a special license for selling their products on the territory of Ukraine. The law, which supposedly is to protect the Ukrainian producer, actually creates a black market for drugs in Ukraine.

«We anticipate manual mode licenses and denial of market participants pay a new license — says Dmitry Sherembey, chairman of UCAB. — This will lead to monopolization of the market, the growth of corruption and bias. Some manufacturers will just live the market. And these are not the pharmaceutical companies who will pay additional costs, these are we, ordinary Ukrainians, as Ukraine will stop importing life-saving drugs, and the „black market“ of pharmaceuticals will rapidly increase.»

This law will be death sentence for many Ukrainians whose life depends on foreign-made drugs. For example, almost all drugs purchased to treat children with cancer are of foreign production, only 20% of drugs for diabetics are produced in Ukraine. Almost 100% of patients with the worst epidemic — AIDS, hepatitis and tuberculosis get foreign-made drugs, because Ukrainian generics do not even exist. From 2015 the Law requires separate licensing of children’s diapers and condoms.

Such lobbying law outraged doctors as well. «What we have to treat people with stroke? — outraged Vladimir Zhovnir, chief physician of the Scientific Center of Pediatric Cardiac Health of Ukraine. — All inhalation anesthesia in Ukraine is of foreign production. Do we have to cut people alive so that officials could get additional revenue from the pharmaceutical industry? This is nonsense, for which Ukrainian patients will pay with their life.»

«Among the drugs that are vital to the implementation of modern treatment protocols for children with cancer and serious oncohemathological, 97% is imported drugs. In the absence of these drugs it will be simply impossible to provide adequate medical care for sick kids», — says Svetlana Donska, the head of the Center for Children’s Hematology and Bone Marrow Transplantation NDSL «OKHMATDYT» Health of Ukraine, Chief MoH of Ukraine on «Pediatric Hematology».

We note that the Law № 5038-VI enters into force on 1 March 2013. Starting from this date all the drugs that cross the Ukrainian border are obliged to obtain additional licenses, which no one knows how to get.

On February 5, Verkhovna Rada of Ukraine registered the draft law № 2196 on the abolition of the Law of Ukraine № 5038-VI.

Patient organizations and NGOs have put their signatures under an open letter asking the President to help rescue the situation. The Letter is on the public domain here, activists urge every Ukrainian who at least once in a lifetime bought medicines to sign the appeal, because this law applied to everyone.

8000 kinds of medicines foreign production are registered in Ukraine in total.