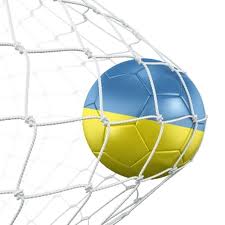 2.5 thousand signatures of European citizens have already been collected by European non-governmental organizations in support of their Petition to the President of Ukraine with a call to allocate funds for the combating of the AIDS, tuberculosis and hepatitis epidemics spread in Ukraine and for saving lives of the fatally diseased Ukrainians.

«We were impressed by the number of HIV-infected people in Ukraine, — says Norbert Hendriks, campaign leader of Dutch Aids Fonds. — We know that the Ukrainian government has spent a huge amount of money on the Euro 2012 in Ukraine, and we hope that next year’s funds will be used on the most important thing in the state — people. When we found out that Ukraine has 360,000 people infected with HIV — we were shocked. This should not be happening in a Middle Income Country such as Ukraine. For comparison, in Netherlands, the estimated number of people with HIV is 24,000.»

«I signed the Petition to the President of Ukraine, because I hope that the appeal from all European countries will help to convince the Ukrainian government to allocate funds for AIDS, tuberculosis and Hepatitis treatment. We do not understand the fact that a lot of money were allocated to the stadiums so that we Europeans could have a lot of fun and meanwhile that was the price for the lives of tens of thousands of Ukrainian», — told Ms. Stephany Pandt who signed the Petition.

On June 20th NGOs held an action «Member of Parliament — altruist» near the walls of Ukrainian Parliament — Verkhovna Rada. Activists have suggested to all Members of Parliament to give away at least the third part of the amount annually assigned for treatment and sanatorium-and-resort recreation of the state officials, which makes about UAH 1 billion, and allocate it for the treatment of diseased Ukrainians and combating of the epidemics spread in Ukraine.

Based on the State Budget 2012, UAH 2.6 billions have been assigned for treatment and sanatorium-and-resort recreation of departments of the Verkhovna Rada, the Cabinet of Ministers, the President’s Administration, the Ministry of Internal Affairs, and the Ministry of Defense.

Approximately the same amount of money is received by the Ministry of Healthcare for the rest of other Ukrainians all over the general state medical establishments (hospitals, polyclinics, medical centers, and first-aid stations) — UAH 2.8 billions.
All signatures, collected by activists, were carried to the Administration of the President.

«We will support Ukrainians in their fight for life, — adds Norbert Hendriks. — And we urgently call upon the Ukrainian government to address the still growing HIV-epidemic and do everything in their power to save the lives of 106 740 Ukrainian citizens with HIV, TB or Hepatitis B or C».